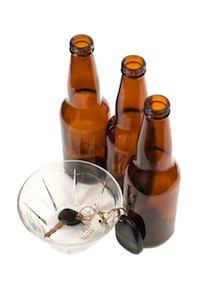 For those who work in the healthcare profession, a DUI can carry potentially far-reaching consequences that can ultimately result in disciplinary action from state licensing boards. Just as doctors and registered nurses who are convicted of a driving under the influence offense can face a variety of sanctions, including suspension or revocation of their medical or nursing licenses, vocational nurses and psychiatric technicians will also face scrutiny if charged with a Los Angeles DUI offense.

The California Board of Vocational Nursing and Psychiatric Technicians is the state agency that oversees the licensing of Licensed Vocational Nurses (“LVNs”). The Board is also responsible for disciplining licensees who violate the law. The Board requires that a licensee who is convicted of any traffic offense involving drugs or alcohol report the conviction. The Board does not require that licensees self-report a DUI arrest, however if the licensee is convicted he or she would be required to self-report. The Board is automatically notified of any arrest for a DUI offense when the licensee’s fingerprints are run through the LiveScan database. When this occurs, the Board will typically send the licensee a notice of investigation within a few weeks. Anyone applying for a nursing license or renewing his or her LVN license would also have a duty to disclose any criminal convictions. The Board is particularly wary of convictions for DUI related offenses, including Driving Under the Influence of Alcohol in violation of California Vehicle Code Section 23152(a) VC and Driving Under the Influence of Drugs in violation of California Vehicle Code Section 23152(f) VC.

There are a number of different sanctions that the Board can impose on a licensee who has been convicted of a DUI offense. The Board can take no action against the licensee, can revoke or suspend the LVN’s license or can put the licensee on probation for a specified period of time. Typically, the Board will launch an investigation into the particular facts and circumstances of the underlying DUI offense. If the DUI incident involved a collision, a BAC in excess of .15 percent or other aggravating factors, the Board may be more inclined to impose disciplinary action, even on a first time offense.

The Board can publicly reprimand the LVN or psychiatric technician and can publish a public notification on its website regarding the disciplinary action taken. Any disciplinary action or criminal conviction may be visible to future employers who conduct background checks and could potentially jeopardize employment opportunities. The Board can demand that the licensee take a leave of absence in order to address potential alcohol or drug dependency issues if these are apparent. Ultimately, the Board can decide that the licensee is unfit to practice and may revoke his or her license.

Discipline from the professional licensing board is just one of the potential consequences that an LVN or psychiatric technician would have to deal with as the result of a DUI incident. If convicted of a DUI or DUI-related offense in court, there are various criminal penalties that would be imposed by the sentencing judge. On a first time DUI offense, the defendant will have to attend an alcohol education program that can be as long as nine months. The judge would require that the defendant pay restitution to the victim if he or she was involved in a collision. In addition, the judge can require a number of other conditions of probation, such as attendance of weekly AA meetings, enrolling in the Hospital and Morgue (“HAM”) program or attending a MADD Victim Impact Panel (“VIP”).

Upon being arrested for a DUI offense, the DMV will also issue an administrative driver’s license suspension for a minimum of four months on a first time offense. The suspension would be a year if the defendant refused to submit to chemical testing and the driver would not be able to get a restricted license during the yearlong suspension period.

If you are a LVN or psychiatric technician or may one day be applying for a license for either of these professions, it is crucial that you speak with a Los Angeles DUI Lawyer immediately. Lawyer Michael Kraut is a former Deputy District Attorney with over 14 years of prosecutorial experience who knows how to effectively fight DUI allegations.