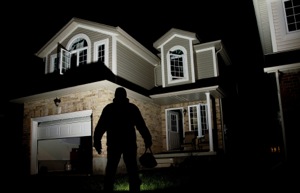 Petty theft is the taking of property or money that is valued at $400 or less. This is a misdemeanor and may be punished with a sentence of up to six months in jail, significant court fines, restitution to the victim as well as to law enforcement for the cost of investigation of the charges, community service, counseling and probation. It is important to fight your Southern California petty theft offense because a conviction for this offense may be used to enhance a future petty theft into a felony. This is called a Los Angeles petty theft with a prior and is filed as a felony pursuant to Penal Code Section 666 by the prosecutor.

If you have previously been convicted of a petty theft and have served any amount of time in custody, then the prosecutor may automatically file the second offense as a felony. The penalty for a petty theft with a prior is up 3 years in prison, counseling, probation or parole, high court fines, community service, restitution to both the victim and law enforcement. If you are arrested for a petty theft, it is important to immediately hire a Los Angeles theft crimes attorney. Los Angeles criminal defense attorney Michael Kraut is a former prosecutor and knows how to fight your Southern California petty theft crime case.

Grand theft is the taking of property or money that belongs to another that is valued at $400 or more without the other person's consent. All felony theft crimes may be punished by prison, high court fines, restitution to both the victim and law enforcement, probation or parole, reimbursement for the cost of supervision, and counseling. All theft cases will be used to increase future punishment if a person is convicted of a crime in the future.

Los Angeles theft crimes and their legal penalties will depend on the items stolen, the value of the property, and the criminal history of the person charged. If the person is a repeat offender, the court may give the person a prison sentence of several years.

Because of the significant consequences to a person charged with a theft crime, it is important to immediately hire a Los Angeles theft crimes attorney as soon as you are either investigated or charged with an offense. Hiring a former prosecutor who now practices theft crimes defense can make the difference between having a conviction for a theft offense and having the case dismissed.

Attorney Michael Kraut is a Los Angeles criminal defense attorney that has been helping clients in Southern California fight their theft crime charges. Mr. Kraut is a former prosecutor and will review your case and determine a plan to give you the best defense possible. He will file motions, and determine how to effectively argue your case to convince the prosecutor or the judge that the case is weak and the charges should be dismissed.

Mr. Kraut handles cases in Los Angeles, Riverside, San Bernardino, San Diego, Orange and Ventura Counties in Southern California. Often times the police have a history of filing false police reports. Mr. Kraut knows how to uncover unlawful police conduct. Once uncovered, this may lead the prosecutor to either dismiss the case against you, or significantly reduce the charges. Mr. Kraut will go to court with you and assist in getting you released from custody and explaining to the judge why you should not be held in jail. He can also assist in having a bail bondsman in court to facilitate an immediate release from custody. When you learn there is a Los Angeles theft crimes case filed against you, contact Los Angeles criminal defense attorney Michael Kraut at the Kraut Law Group at (323) 464-6453 or (888) 334-6344.

Los Angeles Criminal Defense Attorney Blog - Theft Crimes
Share |
Free Consultation
Criminal Law Information Center
Client Reviews
★★★★★
Michael Kraut is outstanding! He genuinely cared about my case and instructed my mom and I throughout the entire process. He was very clear on what he needed in order to receive the best results. He kept us updated until the end. I thank him so much for getting my charges rejected. I highly recommend him to anyone with legal needs! Shaquan
★★★★★
I contacted Michael with concern for my personal and business reputation. He was very reassuring and confident the entire time. After about 3 weeks it was determined that no charges were being filed by any agency and I was in the clear of any investigation. One thing that is amazing is just how FAST Michael is at replying to phone calls, texts, and even emails! We are talking under 30 minutes in most cases. That is unheard of for most attorneys! Michael is incredible and not your typical run of the mill attorney. For best results hire him if you feel like you might be under investigation or could face charges. Even if you know you are innocent it is best to take care of the smoke before it becomes a fire. Brad
★★★★★
Michael Kraut is-hands down-the best criminal defense attorney and I can't begin to thank him for all that he did for me and my family. I reached out to him in the middle of the night and less than a couple hours later, he had gotten back to me and scheduled a meeting. He's a no-nonsense attorney who knows how to get the job done! From the second we retained him, I had peace of mind in knowing that we were in the best hands possible. If Michael Kraut couldn't get it done, I knew that it couldn't be done at all. You can't put a price tag on your freedom. He was worth every single penny. Lida
★★★★★
Michael Kraut is an outstanding attorney. He was extremely professional, and straightforward, yet sensitive with my case. I am confident I made the right choice by hiring Michael. I highly recommend him to anyone seeking a truly experienced lawyer. Daniel
★★★★★
Michael Kraut - I cannot thank you enough for all that you did for ​my son. When I came to you I read that you used to be a district attorney but I never knew how much that meant until I watch you in court. I knew it took 3 months but the final day when I heard the judge say that all charges were dismissed it was all worth it! I will always be grateful for all that you did for us. A.N.
View More
Submit a Law Firm Client Review