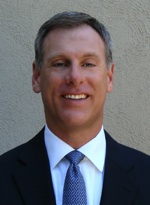 Attorney Michael Kraut graduated from Cornell University and attended Case Western Reserve School of Law and completed his legal studies at Harvard Law School. Mr. Kraut opened the Kraut Law Group in order to assist those under investigation, or charged with an offense in Los Angeles and Orange Counties.  Michael Kraut has consistently been rated as the top rated Los Angeles DUI lawyer by clients and prosecutors for the past five years.  As a DUI and criminal defense attorney, Mr. Kraut has developed a reputation of protecting his clients from criminal prosecution beginning from the moment of arrest and throughout the process.

Mr. Kraut is a former prosecutor and has worked for over 14 years as a Deputy District Attorney in Los Angeles. Prior to becoming a District Attorney, he worked for the United States Attorney's Office, the City Attorney's Office and now he has opened the Kraut Law Group, becoming one of Southern California's top notch criminal defense attorneys. Mr. Kraut has been featured on CNN and Fox News as well as in national print media for his work as a trial attorney.

Mr. Kraut represents CEOs either charged or under investigation for white-collar crimes in Southern California.  He also represents individuals charged with DUI offenses and other criminal cases including drugs, and theft crimes.

Mr. Kraut has developed a sliding fee scale.  He believes that everyone should be able to obtain a top notch Los Angeles criminal defense attorney.  Michael Kraut has always believed that no person should be turned away just because of financial stress.

Attorney Kraut became well known for his tenacity in the courtroom and his investigative skills, earning the reputation as one of the top litigators within the District Attorney's Office. During his career as a prosecutor, he has worked and gained experience in numerous assignments including the prestigious homicide Hardcore Gang Division and the white collar Major Frauds Division. Mr. Kraut has tried over 80 felony trials with an amazing 99% success rate in jury trials.

Mr. Kraut gained national notoriety for being the first person to uncover corrupt police officers involved in the Rampart police scandal. He has lectured to police and prosecutors on criminal investigative techniques. He has received numerous awards for his success in the courtroom.

Attorney Kraut enjoys a reputation among prosecutors, judges, and defense attorneys as a top notch trial attorney. Mr. Kraut knows how police and prosecutors investigate and compile cases against you. He knows that you do not want to go to jail or lose your job or standing in the community. Michael Kraut now uses all of these skills, connections, and tenacity to defend individuals and corporations investigated and charged with a crime.