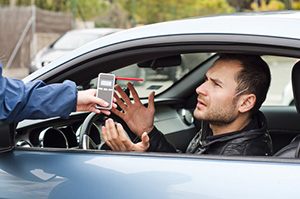 Many of the drivers who are arrested for driving under the influence in the Los Angeles area are college students attending universities such as UCLA, USC, Caltech and the various Cal State universities. Law enforcement agencies recognize that a considerable amount of drinking occurs in and around college campuses and are always vigilant for drivers who may be under the influence of drugs or alcohol. Many of these universities have their own dedicated police forces that generate high numbers of DUI arrests on any given weekend.

For most college students, being arrested and taken into jail for a DUI offense is a completely foreign experience that is extremely stressful. Most people arrested for DUI are released the next day and provided with a notice to appear that may be months away. However, it is important to speak with a knowledgeable and experienced Los Angeles DUI Lawyer immediately, as there are critical deadlines that cannot be missed.

The DMV hearing is held by a hearing officer employed by the DMV who is neither a judge nor an attorney. The driver is allowed to be represented by counsel, which is highly recommended when fighting these allegations.

In addition to a potential license suspension, college students would also face criminal charges for driving under the influence. In the majority of cases, an attorney would be able to make court appearances on his client’s behalf so they would not have to miss class in order to attend court.

If convicted of DUI, a defendant’s sentence can include various terms and conditions of probation, including fines, potential jail time, community service or community labor hours, restitution if applicable and other programs. For younger DUI offenders, judges and prosecutors often want the defendant to complete the Hospital and Morgue (“HAM”) program and the MADD Victim Impact Panel (“VIP”). These programs focus on the tragic consequences of drinking and driving offenses.

If you or a loved one is a college student who was arrested for DUI, it is imperative that you discuss your case with a Los Angeles DUI Lawyer right away. Los Angeles DUI Attorney Michael Kraut is a former Deputy District Attorney with over 14 years of prosecutorial experience who possesses an in-depth knowledge of DUI law and is highly respected throughout the court system as a fierce litigator who does not back down from a challenge.