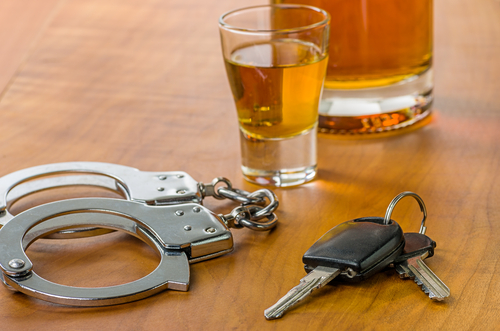 All defendants have a legal right to delay sentencing for a period of time between six hours and five days. The vast majority of defendants who plead guilty or no contest to DUI will waive time for sentencing so that they can be sentenced immediately and not have to come back to court. Some defendants may choose to exercise their right not to be sentenced immediately. Defendants who are going to be taken into custody may request a delay so that they can put their affairs in order before going into custody or work on emergency appeals or writs.

A defendant sentenced on a DUI case will have to pay mandatory fees and fines to the Court. While the base fine may not seem that high, once the penalty and assessment charges are added the final amount may be very expensive. The Court will usually give the defendant time to pay the fine. In addition, the Court may allow the defendant to complete community labor, community service or jail in lieu of paying the mandatory fine.

All defendants convicted of a DUI offense will be required to complete a drug and alcohol education program from an approved provider. Most first time offenders who do not have an excessively high BAC at the time of arrest will be required to complete the AB541 class, which is three months long. This is the same course that is required by the California Department of Motor Vehicles for drivers who obtain a restricted license following their administrative license suspension.

Drivers who have higher BACs on first time offenses may be required to take the six-month AB762 course or even the nine-month AB1353 class. Some drivers who are convicted of wet reckless pursuant to California Vehicle Code Section 23103/23103/5 VC may only have to take the 12-hour SB1176 class as part of their sentence. Drivers who are convicted of a second DUI offense would have to complete the 18-month SB38 course.

There may be several other requirements of probation that the defendant would have to complete. These may be conditions agreed upon in advance as part of a plea agreement with the prosecutor or may be added by the Court when there is no plea agreement in place. This can include jail time, community service or labor and education programs such as the MADD Victim Impact Panel (“VIP”) or Hospital and Morgue (“HAM”) program. If there was a victim, the defendant may be ordered to pay restitution in an amount to be determined at a later date.

Once a defendant is sentenced on a DUI, his or her conviction will be communicated to the Department of Motor Vehicles, who will then issue their own driver’s license suspension based on the conviction. This suspension is separate from the administrative suspension that is triggered at the time of the arrest.

If you have been charged with driving under the influence, it is critical that you speak with a Los Angeles DUI Attorney as soon as possible. As a former Deputy District Attorney with over 14 years of prosecutorial experience, Lawyer Michael Kraut works hard on behalf of his clients to ensure that they receive the best possible outcome in their case.