California Vehicle Code Section 23152(a) VC: Driving Under The Influence Of Alcohol 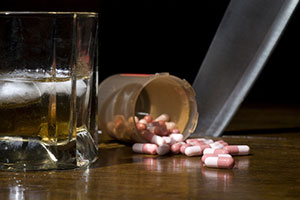 In many instances, a person may be arrested and charged with a Los Angeles DUI offense even though there is no evidence of a blood alcohol content of 0.08 percent or higher. There are a number of reasons why a person could be charged with DUI in these situations. The chemical tests results may still be pending at the time the case is charged, the driver may have refused chemical testing or the driver may be under the legal limit but driving in a manner consistent with being intoxicated. In these cases, prosecutors will likely file charges of driving under the influence of alcohol pursuant to California Vehicle Code Section 23152(a) VC.

To prove that the defendant has committed the crime of driving under the influence of alcohol, a prosecutor must be able to establish the following elements:

A person is "under the influence" if, as a result of the alcohol use, his or her mental or physical abilities are so impaired that he or she is no longer able to drive a vehicle with the caution of a sober person, using ordinary care, under similar circumstances. The manner in which a person drives is, by itself, not enough to establish whether that person is under the influence, however it is a factor that may be relevant.

In order to justify stopping a vehicle, a law enforcement officer must have probable cause that the driver is violating the law. This is typically an independent violation of the Vehicle Code, such as speeding, unsafe or improper lane changes, or even equipment violations. An officer cannot stop someone on a mere whim or idle suspicion that the driver may be drunk or impaired.

A man is driving erratically and is observed speeding, weaving into other lanes of traffic and even driving into oncoming traffic. The man is stopped and performs poorly on his field sobriety tests. He is arrested and undergoes chemical breath testing at the police testing. The results of the test show that the man's blood alcohol content is 0.07 percent. While the man could not be prosecuted for driving under the influence under California Vehicle Code Section 23152(b) VC as his BAC was under 0.08 percent, the man could still be charged with DUI pursuant to California Vehicle Code Section 23152(a) VC as his driving and demeanor could be used as evidence that he was driving under the influence.

4. Defenses to Driving under the Influence of Alcohol or Drugs

There are many defenses that may be applicable in a Los Angeles DUI case. There may be a strong argument that the officer who initiated the traffic stop lacked probable cause that the driver was in violation the law. If the stop is deemed to have been faulty, the resulting evidence of the DUI stop will be suppressed and the case would be unable to proceed.

DUI charges pursuant to California Vehicle Code Section 23152(a) VC may be harder to prove than the companion charge under 23152(b) because a prosecutor is required to actually establish that the driver was under the influence. An effective Los Angeles DUI attorney can challenge the prosecutor's argument to show why no evidence of impairment exists.

In addition, there may be situations where a person who is accused of refusing to provide testing was not given the proper admonishments or else did not actively refuse, and is charged with a DUI offense anyways. These defendants would have a good argument that they never refused testing and thus the DUI case should be dismissed or reduced.

A person's first, second and third Los Angeles DUI offense is a misdemeanor level offense. There are certain requirements for jail sentences depending on whether or not the defendant has prior DUI convictions, however someone convicted of DUI can be sentenced to up to a year in jail with three to five years of probation. The defendant would be required to take an alcohol awareness class that is either 3, 6, 9, 18 of 30 months in length. In addition, a court may require community labor or service, extensive court fines, restitution, and any other conditions of probation the judge deems suitable. Someone with four (or more) DUI convictions within a ten year period can be charged with a felony-level offense and sentenced to prison for three years.

Independent and unrelated to what happens in court, the California DMV will issue a license suspension based on a DUI offense. When arrested for DUI, a driver will be provided with a notice of an impending DMV suspension. If the driver does not request a DMV hearing to contest the suspension within ten days of the arrest, the suspension will automatically be imposed. The length of suspension can vary between four months and a permanent revocation of driving privileges, depending on factors such as the driver's age, if there was a refusal allegation (which is an automatic year suspension) and prior DUI offenses on the driver's record.

6. Criminal Defense for Driving Under the Influence of Alcohol or Drugs

If you have been charged with a DUI offense it is critical that you speak with an effective Los Angeles DUI Attorney right away, as failure to do so can result in an automatic loss of license. Los Angeles DUI Attorney Michael Kraut is a former Deputy District Attorney with over 14 years of prosecutorial experience and is highly skilled at fighting all aspects of DUI cases. Mr. Kraut handles both the criminal and DMV portion of a DUI charge and is highly respected by judges and prosecutors alike for his in-depth knowledge of DUI law.