Early Termination of Probation for DUI in Los Angeles 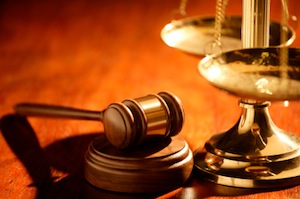 Typically, a defendant who has been convicted of a misdemeanor-level driving under the influence offense will be placed on summary probation to the Court for a period of three to five years. By placing a defendant on probation, the Court retains jurisdiction over the defendant and can impose penalties if the defendant violates one of the terms of his or her sentence. However, being on probation may trigger negative consequences for defendants. In these cases, the Court may entertain a motion by the defendant to terminate probation early before its natural expiration date.

There are a number of reasons why a defendant may need to have his or her probation terminated. The conviction may have been discovered during a background search and the fact that the defendant is on probation may jeopardize his or her employment or housing situation. In many cases, a person who is applying for a security clearance will be denied if the fact that they are on probation for an active criminal offense is discovered.

Under California Penal Code Section 1203.3 PC, the defendant can petition the Court to terminate probation early. The motion would be filed in court and would typically be heard by the same judge who originally sentenced the defendant. The prosecutor would have a chance to respond. Typically, prosecutors will oppose the defendant’s request for an early termination of probation, as it is their position that the defendant should be required to comply with the terms of the original sentence. Because of the likely opposition that these type of motions face, it is critical that anyone who is considering a motion to terminate DUI probation early should seek the assistance of a skilled Los Angeles DUI Attorney.

In considering a motion for early termination of probation, the Court will first want to know that the defendant has completed all of the requirements of probation and has committed no new offenses. A person who has been convicted of a DUI offense will have to complete a mandatory drug and alcohol education and pay court fines. The DUI sentence may also include other requirements such as jail time, community labor or community service, mandatory Alcoholics Anonymous meetings, programming such as the Hospital and Morgue (“HAM”) program and attending the MADD Victim Impact Panel (“VIP”). All of these requirements must be completed and fines must be paid in full before a Court would even consider granting the defendant’s motion to end probation early.

If the defendant presents compelling reasons that would justify deviating from the original sentencing terms, the Court may consider granting the defendant’s motion and terminating probation early. The Court will usually want to see that a significant portion of probation has already been served. Typically, a defendant should not consider an early termination of probation motion unless he or she is at least halfway through the probation period.

The Court may hold a formal hearing when considering the defendant’s motion. The defendant’s attorney can present evidence and testimony at this hearing showing why the Court should release the defendant from probation.

In many cases, a defendant’s early termination of probation motion is filed in conjunction with a DUI expungement motion pursuant to California Penal Code Section 1203.4 PC. If both motions are granted, the conviction would be expunged from the defendant’s record. However, even if the DUI conviction is expunged, it still could be used for enhancement purposes on any subsequent DUI offense.

If you are on DUI probation and are interested in terminating probation early, it is crucial that you meet with a Los Angeles DUI Lawyer right away. Attorney Michael Kraut is a former Deputy District Attorney with over 14 years of prosecutorial experience who has had great success in arguing motions for early termination of probation on behalf of his clients. Mr. Kraut is highly respected by judges and prosecutors as an effective litigator who fights hard for his clients.