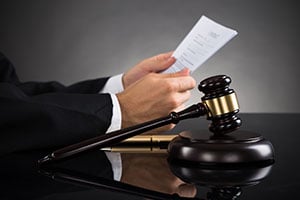 Many DUI incidents involve traffic collisions where one or more of the drivers are under the influence of drugs or alcohol. Drivers who were involved in DUI collisions often ask about how the collision will affect any potential DUI sentencing. Judges and prosecutors are concerned about DUI incidents that result in collisions and often will impose additional penalties under these circumstances.

When a driver is arrested and charged with a DUI offense involving a collision, the law requires that the defendant be ordered to pay restitution to the victim for any and all damages. If the prosecution dismisses any counts as part of a plea agreement, the Court will take a “Harvey waiver” which would require the defendant to pay restitution on any counts that have been dismissed.

Sometime after sentencing, the Court will set a date to address any existing restitution claims. The prosecution will reach out to the victim and determine how much restitution is being sought. The defendant can stipulate to the amount owed or can challenge the restitution amount by requesting a restitution hearing. All victims would have to provide evidence regarding their claims, including bills from doctors, repair shops or any other out-of-pocket expenses incurred. The defense can cross-examine the victim and can present testimony as well.

Ultimately, the judge will determine how much restitution is owed. The defendant can pay the entire amount in full or can be put on a payment plan where he or she would pay the victim a specified amount each month. The Court may order an ability to pay hearing in which the defendant would have to disclose his or her income and expenses and the Judge would set a monthly payment amount.

If you have been charged with a DUI offense involving a collision, it is critical that you speak with a knowledgeable DUI attorney immediately. Michael Kraut is a former Deputy District Attorney with over 14 years of prosecutorial experience who understands how to effectively litigate DUI cases.