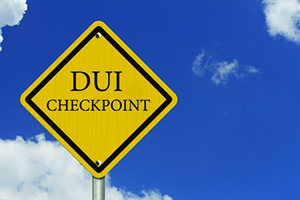 The majority of DUI cases in Los Angeles start after a driver has been pulled over by a law enforcement officer. Under the U.S. and California constitutions, the police cannot simply stop vehicles at will. Instead, the law requires that police officers have reasonable or probable cause that a driver is engaged in unlawful activity in order to justify a vehicle stop. If there was insufficient reasonable or probable cause to stop the vehicle, the driver can challenge the vehicle stop in court. If successful, the judge will suppress all evidence resulting from the unlawful stop and in many cases the DUI charges will be dismissed.

When Can an Officer Pull A Vehicle Over?

To justify a vehicle stop, California and Federal law requires that the officer conducting the vehicle stop have reasonable or probable cause to believe that the driver has violated the law. The law violated does not have to be related to impaired driving. In many cases, the reason for the stop is a violation of the Vehicle Code such as speeding, turning without a signal or failing to stop at a stop sign. Equipment violations, such as unlit parking or brake lights, illegally tinted windows, or failure to have a front and rear license plate, are also sufficient to justify a vehicle stop.

Exceptions to the Reasonable/Probable Cause Requirement

There are circumstances where an officer is allowed to pull over a vehicle even where there is no evidence unlawful activity. California is one of several states that allow law enforcement agencies to conduct DUI checkpoints operations. Under these checkpoint operations, all drivers passing through a specific location are subject to being stopped and briefly detained. The California Supreme Court has found that these checkpoints are valid because they serve an administrative function that applies equally to all drivers on the road. As long as the checkpoint operation follows the specific guidelines set forth by the California Supreme Court in the Ingersoll decision, a resulting DUI arrest will be considered valid.

In addition, law enforcement officers are allowed to stop a vehicle under the emergency exception. If the officer reasonably believes that a driver or passenger is ill or in distress, the officer can stop the vehicle in order to render aid. If the officer then determines that the driver is under the influence, that driver can be arrested for DUI.

The driver can challenge the vehicle stop in court by filing a motion to suppress pursuant to California Penal Code Section 1538.5 PC. The defense can cross-examine the officer regarding the vehicle stop and can present evidence, such as the dashcam video recordings which show the driving conduct. If the judge finds there was insufficient cause to stop the defendant’s vehicle, the resulting DUI evidence will be suppressed. In many cases, the charges will be dismissed as the prosecutor would be unable to proceed.

If you were arrested for DUI, it is crucial that you discuss your case with a knowledgeable DUI defense attorney right away. Michael Kraut is a former Deputy District Attorney with over 14 years of prosecutorial experience who understands how to effectively fight DUI cases, both in Court and before the DMV.