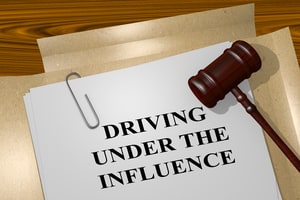 My Last DUI was 10 Years Ago, Does It Count Against Me?

People often ask about the effect of old DUI convictions, even those that may have been expunged or that were for reduced DUI charges, such as wet reckless. DUI is an enhanceable offense and subsequent violations can be treated more seriously. Subsequent convictions can require extensive jail time, longer driver’s license suspensions and an 18-month alcohol education program.

Why Has My License Been Suspended Before My DUI Trial?

Drivers are often shocked when they learn their driver’s license has been suspended even though they have not been convicted, or have even gone to court, for the underlying DUI offense. In California, a DUI arrest will trigger a criminal case as well as an administrative driver’s suspension that operate independently of each other. It is important to understand this distinction and what effect it has on a person’s driving privileges.

What is a “Rising BAC Defense” in a DUI Case?

The “rising BAC defense” requires an understanding of toxicology and how the body metabolizes alcohol. In some cases, it may be possible to show that a driver’s BAC was below the legal limit (0.08 percent) at the time of driving but only tested higher due to the rising blood alcohol effect.

There has been a substantial increase in the number of DUI cases involving marijuana, and law enforcement and legislators are beginning to rethink these cases now that California has taken steps to legalize marijuana use and possession. Driving under the influence of marijuana is a DUI offense and those convicted can face stiff criminal penalties.

How Can the Police Prove Impairment in Marijuana DUI Cases?

With the rise of DUI cases involving marijuana, police and prosecutors must go to great lengths to prove that a driver was impaired and actually under the influence of marijuana at the time of driving. Law enforcement will rely on evidence such as driving conduct, physical observations of the driver, performance on field sobriety tests and the results of toxicology testing, among other things, to prove marijuana impairment in DUI cases.

What is a DRE?

Law enforcement agencies increasingly rely on drug recognition expert (“DRE”) officers in investigating DUI drug offenses. These officers receive extensive training in performing the DRE protocol and determining whether or not drivers are under the influence of an intoxicating drug.

What is DRE Drug Impairment Protocol?

The DRE Drug Impairment Protocol is a rigorous 12-step evaluation that is performed by specially trained DRE officers on drivers who are suspected of being under the influence of drugs. The protocol involves physical evaluations of the driver as well as field sobriety tests and chemical testing to determine if a driver’s impairment is caused by drug use.

If you or a loved one have been arrested for or charged with DUI and you have questions about the process, it is critical that you meet with a knowledgeable and experienced DUI lawyer as soon as possible. As a former Deputy District Attorney with over 14 years of prosecutorial experience, Michael Kraut possesses an expansive knowledge of DUI law and works hard to ensure that his clients receive the best defense possible.