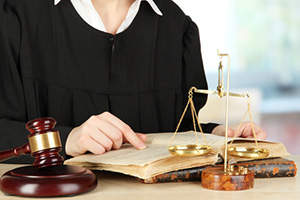 When a defendant is convicted of a driving under the influence offense that involved a collision or injury to another person, he or she will be ordered to pay restitution to the victim as a condition of probation. The prosecutor will reach out to the victim, who will provide a dollar amount reflecting what is owed to them for their injuries or damages. The defendant can challenge the amount of restitution requested and is entitled to a restitution hearing at which a judge will hear evidence from the victim and will ultimately determine how much, if any, restitution is owed by the defendant.

Drivers in California are required to carry automobile insurance in order to cover them in case they are involved in an accident. If DUI drivers are in compliance with this law, their insurer may cover the victim’s damages and the driver would not have to pay the victim out of pocket. However, there are many situations where a DUI defendant may be required to personally pay victim restitution.

Typically, at the time of sentencing the defendant will stipulate that he or she is liable for the victim’s damages, but will not stipulate to a dollar amount. The judge may also have the defendant make a Harvey waiver, which allows the victim to collect restitution for any counts that have been dismissed.

The restitution hearing is usually set a few months after sentencing, which gives the insurance company an opportunity to settle any claims and also gives the victim a chance to gather necessary documentation regarding his or her injuries or losses. If the defendant does not agree with the amount of restitution sought, he or she can request a restitution hearing. This hearing is held by a judge and the victim has the burden of proving that the defendant’s conduct substantially caused his or her damages. Victims sometimes are represented by their own attorneys and they are allowed to collect reasonable attorney fees as part of a restitution award.

Victims are expected to provide documentation to prove injuries, damages or lost wages and/or profits. The defense can cross-examine the victim and often may need to subpoena records to show how a victim’s restitution demand is inaccurate. If the judge awards restitution to the victim, the defendant will be required to pay this amount as a condition of probation. A willful failure to pay can result in a probation violation and possible jail time.

If you have been arrested for a DUI offense and are concerned about restitution obligations, it is critical that you meet with a Los Angeles DUI Lawyer immediately. Los Angeles DUI Attorney Michael Kraut is a former Deputy District Attorney with over 14 years of prosecutorial experience who is highly effective at litigating complicated restitution issues in order to get the best result possible for his clients.