DUI Convictions From out of State 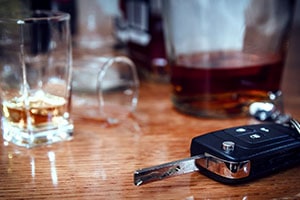 Effect of Prior Convictions

DUI or related convictions that occurred within the previous ten years would be considered “prior convictions” for the purposes of sentencing. Convictions occurring outside of the 10 year “lookback” period will not trigger mandatory sentencing provisions, but may be taken into consideration by judges and prosecutors who will run the defendant’s criminal record. Both prior convictions for DUI and for wet reckless can be used as sentencing enhancements on subsequent DUI offenses.

On a second time DUI, the defendant would be required to serve a minimum of 96 hours in jail. The jail time increases for subsequent DUI offenses, and a fourth DUI within a ten year period can be charged as a felony DUI and may result in prison time.

Out of State DUI Convictions

The prosecutor will be able to see the defendant’s convictions from other states that have been entered into the national FBI database. The prosecution would be required to obtain certified court records of the conviction which may be difficult to obtain. In addition, not all state DUI statutes are the same, and conduct which is permissible in California may be considered DUI or DWI in other states.

In many states, simply being in physical control of a vehicle may be enough to support DUI or DWI charges. This means that drivers who are sitting behind the wheel of a vehicle with keys in the ignition can be charged with a DUI equivalent. This is not the case in California, where actual driving or “volitional movement” is required in order to convict a driver of DUI. It may be necessary to review the facts of the prior conviction and review the other state’s DUI statute when determining whether or not a conviction would count as a “prior” under California law.

In addition, many states have their own reduced DUI charges which may or may not be considered enhancements for subsequent California DUI offenses. These issues often require careful review and research and it is imperative that anyone in this situation be represented by a qualified and experienced DUI lawyer.

If you or a loved one have been arrested for DUI and you have a prior DUI-related conviction from out of state, it is crucial that you discuss your case with a knowledgeable DUI attorney as soon as possible. As a former Deputy District Attorney with over 14 years of prosecutorial experience, Michael Kraut is highly respected throughout the court system for his in-depth knowledge of the DUI law and his unmatched abilities as a litigator.