California DUI convictions can have far-reaching consequences that defendants need to keep in mind. Although a standard first time DUI conviction will generally not cause immigration-related actions, people who are not citizens of the United States should be wary of several factors. However, if a person is on probation they cannot gain their citizenship or get a green car.

Section 237 of the Immigration and Nationality Act ("INA") lists various convictions that would trigger a removal of an alien residing in the United States. Driving Under the Influence under California Vehicle Code Section 23152(a) or California Vehicle Code Section 23152(b) are not specifically listed among these offenses, however certain elements of a California DUI conviction may apply if they involve a crime of moral turpitude, an aggravated felony, or controlled substance related offense.

Section 237 of the Immigration and Nationality Act

The Board of Immigration Appeals

For those charged with California DUI-Drugs, deportation is a possibility if the drug alleged is one listed under the Controlled Substances Act.

In addition to deportation, non-citizens may find that the types of the convictions listed above may impact admissibility into the United States and the naturalization process. 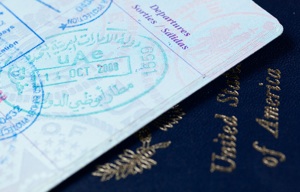 Because of the immigration consequences that could stem from an aggravated California DUI conviction, it is important that if you are facing such issues that you have an experience and knowledgeable Los Angeles DUI attorney on your side. Michael Kraut is a former deputy district attorney who will knows that he must fight for his client, no matter what particular set of consequences they may face.