A prosecutor must prove Los Angeles Driving Under the Influence of Alcohol charges against a commercial driver just as he or she would have to against any other driver. District attorneys generally rely on the testimony of the arresting officers or any other witnesses that may have been present, the results of a chemical DUI breath or blood test, and records from the DMV showing that that the person charged holds a commercial driver’s license. 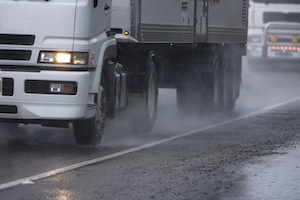 Because of the severe potential consequences facing commercial drivers charged with DUI, it is imperative to have an experienced, aggressive attorney on your side. Attorney Michael Kraut was a deputy district attorney for over 14 years who realizes how devastating a DUI conviction can be for a commercial driver. Mr. Kraut will aggressively defend your case and leave no stone unturned to ensure you have the best defense possible. Contact an experienced Los Angeles DUI attorney today to set up a free consultation 24/7 at (323) 464-6453.