Los Angeles DUI and the Board of Medical Quality Assurance 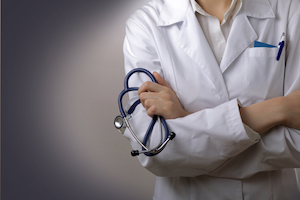 For professionals who are required to be licensed by the State, being arrested for or convicted of a driving under the influence offense can trigger disciplinary action and a potential license suspension or revocation. The California Board of Medical Quality Assurance is the entity that is authorized by statute to impose discipline on doctors, surgeons, osteopathic physicians or podiatrists who are convicted of a DUI offense. In some cases, the Board may recommend that the doctor be suspended from the practice of medicine.

Under California Business and Professions Code Section 490 BPC, the Board is authorized to discipline any licensee who is convicted of a criminal offense that is substantially related to the qualifications, functions or duties of the medical professions. In addition, California Business and Professions Code Section 480 BPC allows the Board to deny the application of any person who has been convicted of a crime. This means that anyone who is a medical professional or who is training to be a doctor may be affected by a DUI conviction and should consult with a qualified Los Angeles DUI Attorney immediately.

A doctor or other medical professional is required by law to report any felony or misdemeanor conviction to the Board of Medical Quality Assurance. A failure to report a conviction is itself a criminal offense and can lead to separate criminal charges and disciplinary action.

In addition, Business and Professions Code Section 2238 BPC allows the Board to discipline any doctor who is convicted of an offense that constitutes unprofessional conduct. When a physician, surgeon or other doctor has been arrested for DUI, the arrest will be communicated to the Board who will conduct its own investigation. Typically, the Board will send the licensee a letter requesting information about the circumstances of the arrest and a copy of the police report. The Board will generally delay any disciplinary action until after the court case has resolved. While the Board is not legally bound by any court decision, it will be more inclined to decline taking disciplinary action when the defendant’s case has been dismissed or the charges have been significantly reduced.

Future doctors will also be affected by a DUI conviction. The Board may want to see evidence that the applicant has taken steps to address the underlying causes of the criminal conviction before granting a license to practice medicine. Even if the DUI conviction has been expunged, the applicant will still be required to disclose the prior conviction when asked.

In addition to consequences to their professional license, doctors and surgeons who are convicted of DUI would also face court imposed penalties as well as a driver’s license suspension from the DMV.

If you have been arrested for DUI and are facing an inquiry from the Board of Medical Quality Assurance, it is crucial that you speak a Los Angeles DUI Lawyer as soon as possible. As a former Deputy District Attorney with over 14 years of prosecutorial experience, Los Angeles DUI Lawyer Michael Kraut is highly skilled at representing doctors and other professionals who have been charged with DUI.