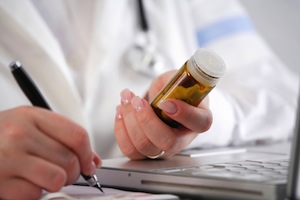 In addition to the court penalties that are imposed on drivers who are convicted of driving under the influence, there also may be consequences that threaten professional licenses. Like doctors, nurses and other professionals, chiropractors in California must be licensed by the state and may be subject to disciplinary action if convicted of DUI or any other criminal offense. The California Board of Chiropractic Examiners is responsible for taking disciplinary action against practitioners who are convicted of DUI.

Under California Business and Professions Code Section 490 BPC, the Board of Chiropractic Examiners is authorized to discipline any member who is convicted of a crime that is substantially related to the qualifications, functions and/or duties of the practice of chiropractic. In addition, California Business and Professions Code Section 480 BPC allows the Board to deny a license to any applicant who has a criminal conviction on his or her record, including DUI. Title 16 of the California Code of Regulations requires that the Board take disciplinary action against any member or applicant whose conduct endangers or would likely endanger the health, welfare or safety of the public.

Whenever a chiropractor is arrested for driving under the influence, the Board of Chiropractic Examiners will be automatically notified of the arrest. The Board will typically send a letter to the chiropractor requesting a statement from the practitioner as well as police reports and/or court records. Anyone who receives this letter should report the letter to his or her Los Angeles DUI Attorney right away. In many cases, the Board will agree to hold off on imposing any sanctions or discipline until the criminal case has been resolved. There also may be extenuating circumstances that the Board may consider in determining how to proceed.

In many cases, the Board will typically not impose extensive penalties on an offender’s first DUI offense. However, where the defendant is accused of driving under the influence of drugs, where there was a high BAC result or where the defendant was involved in a serious collision, the Board may insist on a formal disciplinary hearing and may even refer the case to the California Attorney General to pursue disciplinary action.

In addition, anyone who is applying for a chiropractic license would be required to disclose any DUI conviction on his or her criminal record. This would include any conviction that has been expunged previously. The conviction will not necessarily exclude the applicant from consideration; however the Board will want to see what corrective measures the applicant has taken to address the underlying issues that may have prompted the conviction. The Board will want to see that the applicant has fully complied with probation and completed a drug and alcohol education class.

In addition to any disciplinary action imposed by the Board of Chiropractic Examiners, the individual charged with DUI would also have to deal with a possible driver’s license suspension from the Department of Motor Vehicles and any penalties that are imposed by the court. The DMV may suspend driving privileges for four months on a first time offense. If the driver refused testing, the driver would face a minimum yearlong driver’s license suspension without the possibility of obtaining a restricted license.

If you have been arrested for DUI and you are a chiropractor or hope to work in this field someday, it is very important that you consult with a Los Angeles DUI Lawyer immediately. Los Angeles DUI Attorney Michael Kraut is a former Deputy District Attorney with over 14 years of prosecutorial experience who recognizes the professional consequences that a DUI conviction may carry and works diligently to help his clients avoid these consequences.