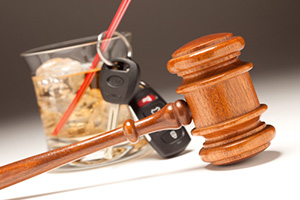 While drivers generally understand that driving under the influence is a criminal offense, people who have been arrested for DUI often want to know what DUI laws would apply to them. The laws pertaining to driving under the influence can be complicated and anyone who has been arrested for DUI should consult with a knowledgeable and experienced Los Angeles DUI Attorney as soon as possible.

Violations of California Vehicle Code Section 23152 VC are typically misdemeanors, however if a driver has had three or more DUI convictions within the previous ten years a subsequent offense can be charged as a felony. Those convicted of a felony DUI can face prison sentences and extensive fines.

There may be cases where the defendant refused chemical testing. In these cases, the driver can still be charged with driving under the influence under California Vehicle Code Section 23152(a) VC as well as with a refusal allegation that can be used to enhance the defendant’s ultimate sentence.

In some cases, the driver may have had a BAC under 0.08 percent but was still driving in a manner consistent with being under the influence. In these cases, the prosecution can still charge DUI under California Vehicle Code Section 23152(a) VC, but would have to effectively prove that the driving conduct observed was the result of the defendant’s intoxication and not due to some other factor.

A DUI blood test may reveal that the driver had no alcohol in his or her system but instead tested positive for drugs. In these cases, the driver can be charged with driving under the influence of drugs in violation of California Vehicle Code Section 23152(f) VC . If the driver was under the combined influence of alcohol and drugs , he or she can be charged with a DUI offense under California Vehicle Code Section 23152(f) VC .

In addition to criminal laws, there are certain administrative laws that apply to drivers who have been arrested for DUI. The California DMV will suspend the driving privileges of anyone arrested for DUI who had a BAC of 0.08 percent or higher regardless of what happens in the court case. In fact, the suspension becomes effective thirty days after the initial arrest. The driver can challenge the suspension by requesting an administrative hearing. This hearing must be requested within ten days of the arrest, otherwise the suspension will automatically go into effect. The hearing is held by a DMV hearing officer who is neither a judge nor an attorney. A driver is allowed to be represented by counsel during the DMV hearing and it is highly recommended that a driver facing a suspension have legal representation for this hearing.