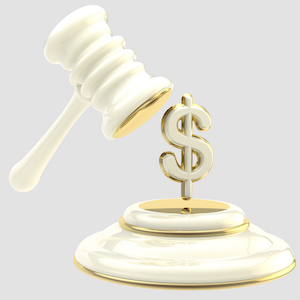 When a person is convicted of a driving under the influence offense, he or she will face a number of DUI penalties imposed by the judge at the time of sentencing. Many of the penalties are required by statute and must be imposed on anyone who is convicted of DUI. As part of any DUI sentence, the judge will require that the defendant pay a fine, which can be very expensive once penalties and assessments have been added.

While a $2000 (or higher) fine may seem daunting, the Court usually offers a number of accommodations and alternatives for defendants. Generally, the Court will give defendants plenty of time to pay the fines and will not make the fines due immediately. While courts do not offer formal payment plans, the defendant will be given a due date and can make periodic payments at the cashier’s window of the Courthouse. All courts accept credit cards which makes it easier to pay off these larger amounts for many people.

For defendants who cannot afford to pay the fine, the Court will generally allow the defendant to serve days in jail or community service days as an alternative to the fine. The set amount of days in jail or on community service used to be 13 days. However, the law recently changed regarding jail credit and now each day in jail has a credit value of $125. It is not yet determined how the courts will handle this conversion and this issue is currently being resolved.

At the time of sentencing, defendants are entitled to credit for any time they spent in custody. Under the new law, every day or part of a day spent in jail has a value of $125 that will decrease the amount of the fine.

If a defendant does not pay his or her fine by the time it is due, the Court will issue a bench warrant and a potential probation violation. The Court may be willing to issue an extension or may insist on converting the fine to jail time if the defendant has willfully failed to pay court fines.

It is important to remember that the fine payment imposed by the Court is not the same as a defendant’s obligation to pay restitution to any victim. In many DUI cases involving a traffic collision, the defendant will have to compensate the victim for any damages incurred. This restitution payment is separate from any court fine. This can be confusing for defendants, as part of the court fine will go to the general victim restitution fund, however this is not the same as paying restitution. Courts generally want to see that restitution has been completed before fines have been paid in order to ensure that the victim is compensated.

If you have been charged with a DUI offense and want more information about potential court fines, it is very important that you discuss your case with a Los Angeles DUI Attorney as soon as possible. Attorney Michael Kraut is a former Deputy District Attorney with over 14 years of prosecutorial experience who understands the intricacies of DUI law and fights hard on behalf of his clients.