Los Angeles DUI Charges - Under the Age of 21

California law treats DUI charges for individuals under 21 more severely than those against those who have the legal right to drink alcohol. California has adopted a “zero tolerance” policy in regards to underage drinking and driving. Under California Vehicle Code Section 23136, if you are under the age of 21 and are caught driving with a blood alcohol concentration of 0.01 percent or higher, you are automatically subject to the civil penalty of losing your drivers license for 1 year or receiving a 1-year delay in getting your license if you don’t have it yet.

Unlike other Los Angeles DUI charges, the law does not consider if you were driving “under the influence” of alcohol, i.e. in a reckless fashion. It only considers whether you have any measurable amount of alcohol in your system while driving. It is important to remember that items such as cough syrup or mouthwash, which do have alcohol in them, would be sufficient to trigger a license revocation under Section 23136.

Since this is a civil penalty concerning the suspension of your driver’s license, any hearing would be handled by the California Department of Motor Vehicles. In order to contest the suspension, you must actively request a hearing within ten days of your arrest, otherwise you may forfeit your right to challenge the suspension. You do have the right to have an attorney represent you at the suspension hearing.

In addition to civil penalties, drivers under 21 need to be aware of stricter criminal standards that apply to Los Angeles DUI charges. If you are you under 21 and are caught driving with a blood alcohol concentration between 0.05% and 0.07%, you could face charges under California Vehicle Code Section 23140. This offense is classified as an infraction, meaning that you would face a fine rather than a jail or prison sentence. However, this would violate California’s “zero tolerance” policy and would trigger a year-long suspension of driving privileges.

If you are under 21 and are charged with DUI with a blood alcohol concentration of 0.08% or higher, you would be treated in a similar fashion as those 21 or over by the criminal courts. A first time charge would be considered a misdemeanor and can be subject to three to five years of summary probation, up to $1000 in fines, up to a year in jail, a mandatory alcohol class and a court-imposed driver’s license suspension. Additionally, the one-year “zero tolerance” suspension would apply. 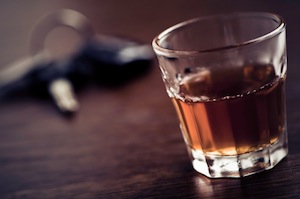 If you are under 21 and have been charged with a Los Angeles Driving under the influence of alcohol case, the stakes are very high because of California’s “zero tolerance” stance. You need a thorough and effective lawyer to fight for your case. Harvard Law School educated, Attorney Michael Kraut was a deputy district attorney for over 14 years who understands what is at stake in cases like this. Mr. Kraut will aggressively defend your case explore every angle and argument to ensure you have the best defense possible. Contact an experienced Los Angeles DUI attorney today to set up a free consultation by calling Mr. Kraut at (323) 464-4653.