What is DRE Drug Impairment Protocol? 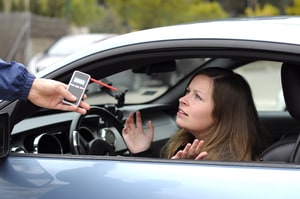 As the number of DUI drugs cases increase in the Los Angeles area, law enforcement agencies increasingly rely on drug recognition expert (“DRE”) officers who are specially trained in investigating DUI drug offenses and recognizing the signs of drug intoxication in DUI suspects. These officers use an approved drug impairment protocol that includes twelve tests designed to measure for drug intoxication.

DRE officers are trained in using the 12-step DRE protocol when investigating drivers suspected of driving under the influence of drugs. When an officer suspects that a driver may be under the influence of drugs, a certified DRE officer will be called to the scene to assist in the investigation. The twelve steps of the DRE protocol are the following:

The officer will conduct a breath test on his or her portable preliminary alcohol sensor (“PAS”) device to see if the suspect’s perceived level of impairment is consistent with his or her blood alcohol level. There is no breath test that can measure for drug intoxication and if the test subject has a BAC of zero or a low BAC and still appears impaired, the officer will perform a DRE evaluation.

2) Interview with the Arresting Officer

The DRE officer will review the PAS test results and speak with the arresting officer about the suspect’s driving conduct, behavior, appearance and anything else that is consistent with drug intoxication.

The DRE officer will perform a preliminary examination to determine whether or not the suspect may be suffering from an injury or another condition other than drug intoxication. The DRE will measure the suspect’s pulse and will look at the size of the suspect’s pupils. The test subject will be asked about recent consumption of food, alcohol, drugs or medications.

The DRE will conduct the modified Romberg balance test, the walk and turn test, the one leg test stand and the finger to nose test.

The DRE will measure the suspect’s blood pressure, temperature and take his or her pulse again.

The suspect will be asked about recent drug use.

11) Conclusion of the DRE

The DRE will consider the evidence from the evaluation and will form an opinion regarding whether or not the suspect is under the influence of drugs, and if so, what category of drugs.

The DRE will request that the suspect submit to a blood test that will be sent to the crime lab for toxicology analysis.

If you have been arrested for DUI drugs, it is critical that you discuss your case with a skilled DUI attorney as soon as possible. As a former Deputy District Attorney with over 14 years of prosecutorial experience, Michael Kraut understands the DRE Drug Impairment Protocol and is highly effective at cross-examining DRE officers regarding their conclusions and observations.