What Constitutes Impaired Driving in California? 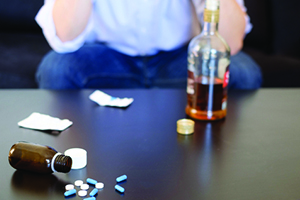 In California, driving under the influence is one of the most frequently charged criminal offenses. Under the various sections of California Vehicle Code Section 23152 VC, it is illegal to drive while under the influence of alcohol, drugs or a combination of alcohol and drugs. Drivers who commit DUI offenses can face criminal penalties in court as well as an administrative driver’s license suspension. It is important to understand what impaired driving includes and what type of conduct is considered a violation of California’s DUI laws.

Is It Always Illegal to Drive After Drinking?

California law does not prohibit all drivers who have consumed alcohol from driving a motor vehicle. The legal BAC threshold in California is 0.08 percent. This is not a substantial amount of alcohol and many people may feel that they are able to drive even when they are at or above the 0.08% threshold. If a driver is found to have a BAC that is 0.08 percent or above, he or she can be charged with driving with a BAC of 0.08 percent or higher in violation of California Vehicle Code Section 23152(b) VC.

Drivers who are found to have a lower BAC can still be charged with driving under the influence of alcohol in violation of California Vehicle Code Section 23152(a) VC, however the prosecutor would have to prove beyond a reasonable doubt that the defendant was under the influence of alcohol at the time of driving. Drivers who are under the age of 21 or those who are already on DUI probation cannot drive with any measurable amount of alcohol in their system and these drivers can be arrested or cited if found to have a BAC of 0.01 percent or higher.

DUI laws only apply to drugs that cause impairment. This can include over-the-counter sleep aids and marijuana, which is now a legal substance under Proposition 64. This would not include prescription drugs that do not cause impairment, such as antibiotics. Those who are taking medications should review all included instructions to determine whether or not driving would be safe while using the drug.

Other Conditions That Cause Impairment

There are a number of other conditions that can cause impairment in drivers, however many of these will not lead to criminal charges. Driving while exhausted is extremely dangerous and causes numerous accidents each year; however this activity is not considered a DUI offense. Similarly, a distracted driver who is texting, speaking on the phone or eating may be pulled over and ticketed but this conduct would not expose the driver to criminal liability. A driver can be sued civilly for driving while tired or distracted if he or she causes an accident.

If you or a loved one was arrested for DUI, it is imperative that you discuss your case with an experienced DUI defense attorney as soon as possible. Michael Kraut is a former Deputy District Attorney with over 14 years of prosecutorial experience who understands how to effectively defend DUI cases in court and before the DMV.