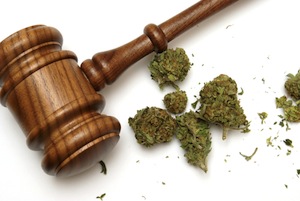 In recent years, marijuana use has widely expanded in California. Restrictions regarding marijuana have been relaxed following the passage of Proposition 215, which legalized medical marijuana and led to the advent of clinics and collectives. However, while a qualifying patient may now legally use and possess marijuana, driving while under the influence of marijuana is still a crime under California Vehicle Code Section 23152(f) VC and those convicted can face stiff penalties.

Drivers who are suspected of being under the influence of alcohol will be given the choice of taking either a breath or blood test. To date, there is no breath test that can measure marijuana intoxication. As a result, drivers who are suspected of driving under the influence of marijuana or other drugs would have to take a blood test. Unlike the breath test, the results of the blood test are not known immediately and the driver may not know the outcome of the test until his or her DUI arraignment.

Drivers who are arrested for DUI will usually be provided a notice of an impending driver’s license suspension at the time of the arrest that would go into effect 30 days after the arrest date. The DMV only issues an administrative suspension for drivers who had a BAC of 0.08 percent or higher. The DMV will not suspend someone’s driving privileges if the driver was under the influence of marijuana or other drugs. In these cases, the driver still must request a DMV hearing to contest the suspension. If the blood results show that the driver did not have a BAC of 0.08 percent or higher, the DMV will “set aside” the suspension. It is important for drivers to remember that if they are ever convicted of DUI in Court, the DMV will suspend their driving privileges at that point regardless of whether the DUI was for alcohol or marijuana. Marijuana often remains in a person’s system well after the intoxicating effect of the drug has worn off. As a result, drivers who have been charged with driving under the influence of marijuana may need to have an expert witnesses explain to the Court or to the jury why a defendant’s positive blood test is not necessarily indicative of impairment. In many cases, the THC levels may be so low that the driver can show that he or she was not impaired. The fact that a person has a prescription for medical marijuana is not a defense if he or she is charged with driving under the influence of marijuana.

If you have been arrested for driving under the influence of marijuana, it is imperative that you discuss your case with a Los Angeles DUI Attorney right away. Lawyer Michael Kraut is a former Deputy District Attorney with over 14 years of prosecutorial experience who knows how to effectively defend those charged with driving under the influence of marijuana. Mr. Kraut works with top experts in the field and is highly respected as a top-notch litigator.