Will I Need an IID Device as the Result of a Los Angeles DUI? 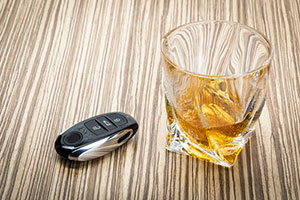 Law enforcement and legislators are always eager to introduce to new technologies that could reduce DUI crimes. A recent development that has been widely implemented in the Los Angeles area is the ignition interlock device (“IID”), an instrument that is installed into a driver’s vehicle and prevents the vehicle from starting or being driven if the driver fails to provide an alcohol-free breath sample. The DMV is currently testing out this technology and Los Angeles County is one of four counties part of the DMV IID Pilot Program.

How Does the IID Work?

The IID is a device that is approximately the size of a cell phone with an attached mouthpiece. The device is installed in a vehicle’s driving column and a driver is required to blow into the tube and provide an alcohol-free breath sample in order to start the vehicle. The blow is recorded and if there is a positive alcohol result, the vehicle will not start and the positive result will be recorded and may be communicated to the DMV or to probation. While driving, the device will beep and the driver will periodically have to blow into it to ensure that he or she is not drinking alcohol. This prevents someone from getting around the IID by simply having a sober person blow into the device to start it.

The IID requirement only applies to DUI offenses. Drivers who are convicted of reduced charges like wet reckless, exhibition of speed or dry reckless would not be subject to an IID requirement.

A driver is not allowed to have his or her full driving privileges reinstated until the drug and alcohol education class has been completed. In some cases, the driver may have to take a class longer than five months. In these cases, once the five-month IID requirement has been completed, the driver would have the option of keeping an IID restricted license or having the IID removed and having a restricted license that would only allow driving to and from work and the driver’s alcohol education class.

If you have been arrested for DUI and have questions about the IID requirement, it is crucial that you speak with a skilled DUI lawyer immediately. As a former Deputy District Attorney with over 14 years of prosecutorial experience, Michael Kraut fights hard on behalf of his clients facing DUI charges.