Home
Los Angeles DUI Center
DUI FAQs
What are the Penalties for Driving Under the Influence?

What are the Penalties for Driving Under the Influence? 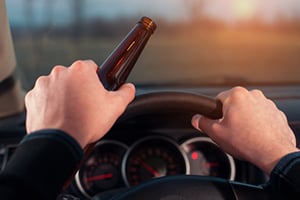 Drivers who have been arrested for DUI want to know what potential penalties they face. The penalties of a DUI go beyond criminal penalties imposed by a judge. The driver may also face a driver’s license suspension, professional license consequences and other collateral consequences that have long-lasting effects.

The penalties imposed on a DUI conviction depend on the particular facts of the case and the defendant’s prior record. A first-time DUI defendant without special circumstances can be sentenced to DUI probation for three to five years with numerous conditions of probation, including potential jail time, community labor or community service, a DUI alcohol education class, expensive court fines, programs such as the MADD Victims Impact Panel and Hospital and Morgue (“HAM”) and any other requirements that the court imposes. If the driver refused testing, he or she may be sentenced to mandatory jail time. The prosecutor can also add enhancements for driving at excessive speeds or driving with a minor in the vehicle that can lead to additional punishments and mandatory jail time. If the DUI involved a collision, the defendant would be ordered to pay restitution to the victim for any damages incurred.

Any driver who is arrested for DUI in California will face a driver license suspension with the California DMV. This suspension is issued independently of any criminal court action. This suspension will go into effect automatically unless the driver (or his or her attorney) requests an administrative hearing within ten days of the arrest. The DMV hearing is not heard by a court of law, but instead by a hearing officer who is a DMV employee and is neither an attorney nor a judge. Ultimately, the hearing officer will either reinstate or set aside the suspension. A first-time DUI driver will face a four-month suspension. If the driver refused testing, the suspension is a year without the ability to get a restricted license.

If you or someone you know have been arrested in California for a DUI offense, it is imperative that you go over your case with an experienced DUI attorney right away. As a former Deputy District Attorney with over 14 years of prosecutorial experience, Michael Kraut understands how to effectively fight DUI cases on behalf of his clients. Mr. Kraut understands the steep penalties that a DUI carries and works hard to ensure his clients receive the best representation possible.

For more information about the penalties for driving under the influence, and to schedule your free consultation, Mr. Kraut can be reached 24/7.