Home
Los Angeles DUI Center
DUI FAQs
What DUI Offenses can Someone be Charged With?

What DUI Offenses can Someone be Charged With? 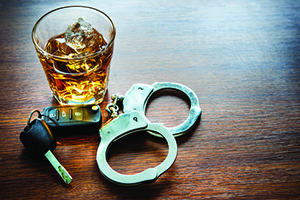 When a driver has been arrested on suspicion of driving under the influence, there are a number of different offenses that the driver can be charged with depending on the specific facts and circumstances of the case.

In some cases, the prosecutor may review the case and believe that there is insufficient evidence of the defendant’s guilt or there are significant problems with the case that would make it difficult to secure a conviction. Blood test results may come in and may show that the driver had a BAC below the 0.08 percent threshold or did not have drugs in his or her system. In these case, the prosecution may reject charges altogether. In many cases, private attorneys can intervene before charges have been filed and show why charges may not be justified. The prosecutor may decide to reject or reduce charges based on this information.

Driving under the influence under California Vehicle Code Section 23152 VC is usually a misdemeanor offense unless the defendant has three or more previous convictions that occurred within the previous ten years. In these cases, the defendant can be charged with felony DUI and may be sentenced to serve time in jail.

If the DUI offense involved a collision that resulted in injury to another person, the driver can be charged with DUI with injury pursuant to California Vehicle Code Section 23153 VC. This offense is a “wobbler” offense that be charged as either a felony or a misdemeanor. When making a filing decision, the prosecution will consider factors such as the defendant’s criminal history, the underlying facts of the offense and the extent of the injuries. If misdemeanor charges are filed, the defendant can face up to a year in jail. If filed as a felony, the defendant can be sentenced to up to three years in prison. In either case, the defendant would be ordered to pay restitution to any victim of the crime. The defendant would be entitled to a restitution hearing where he or she could challenge the amount of restitution requested.

If you or a loved one have been arrested for DUI, it is imperative that you discuss your case with a knowledgeable DUI lawyer immediately. As a former Deputy District Attorney with over 14 years of prosecutorial experience, Michael Kraut possesses an in-depth knowledge of the DUI laws and knows how to effectively defend clients regardless of what DUI charges they are facing.