Home
Los Angeles DUI Center
DUI FAQs
What Does the Prosecutor Have to Prove in a DUI Case?

What Does the Prosecutor Have to Prove in a DUI Case? 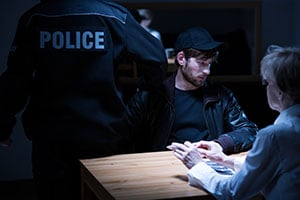 In order to prove that a defendant is guilty of driving under the influence, there are certain criminal elements that a prosecutor must be able to establish beyond a reasonable doubt. If the evidence is weak or the prosecutor is unable to prove each elements, the People may be unable to proceed with the charges.

The Elements of DUI

Proving the Defendant Was Driving

In some cases, there may be no witnesses or admissions. In these cases, the prosecution may try to prove that a defendant was driving by using circumstantial evidence. This can include the position of alleged driver in the vehicle, the lack of other possible drivers or other factors that tend to show the defendant was the driver.

It is important to remember that in California, the prosecution must show more than mere physical control of a vehicle. Courts have found that driving requires volitional movement of a vehicle. This means that defendants who were sleeping or sitting in a vehicle and not actually driving would have a strong defense if charged with DUI.

The prosecution may have to provide expert testimony regarding retrograde extrapolation to explain how the results of a test taken after the time of driving can accurately show the defendant’s BAC when driving occurred. The defense can also present expert witnesses who may be able to show why the defendant’s BAC at the time of driving was under 0.08 percent and subsequent test results reflected a rising blood alcohol level.

If the defendant refused testing, the prosecution would have to prove he or she was under the influence with other evidence. This may include evidence of the defendant’s driving conduct, performance on the field sobriety tests or other factors that may be taken into consideration.

If you have been arrested for DUI, it is crucial that you meet with a knowledgeable DUI lawyer right away. As a former Deputy District Attorney with over 14 years of prosecutorial experience, Michael Kraut is highly respected throughout the court system for his extensive knowledge of the DUI laws and his unmatched litigation skills.