Home
Los Angeles DUI Center
DUI FAQs
My Last DUI was Years ago - Does it Count Against Me?

My Last DUI was Years ago - Does it Count Against Me? 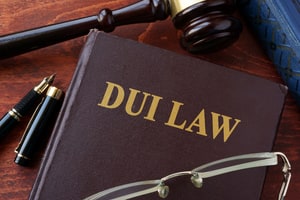 A DUI arrest can be stressful for anyone, but is especially unnerving for those who have prior DUI arrests or convictions on their record. These drivers often want to know what, if any, effect the old conviction will have on their new case. The effect an old DUI has depends on numerous factors including when it occurred and the circumstances of the case.

Prior DUIs and the 10 Year Lookback Period

Under California law, the prosecution can allege prior DUI offenses that occurred within the previous 10 years as an enhancement on any new DUI charge. This is a ten-year lookback period for prior impaired driving offenses. If the defendant had a DUI or DWI conviction within the previous 10 years, he or she would face increased penalties on the new offense. If more than 10 years have passed since the defendant’s last DUI arrest, the current offense would be treated like a first-time offense.

The Effects of Prior DUI Convictions

If the defendant has one prior DUI conviction in the previous ten years, he or she would face a minimum of 96 hours to a year in jail and would be required to take the 18 month SB38 alcohol education program. The DMV would issue a two-year license suspension but most defendants would be eligible for a restricted license with installation of an Ignition Interlock Device (“IID”) after a 90 day hard suspension.

On third time DUIs, the Court must impose a minimum of 120 days in jail and a three-year license suspension. A defendant’s fourth or subsequent DUI within a ten-year period can be charged as felony DUI. If convicted, the defendant could be sentenced to 16 months, two or three years in state prison.

What Convictions Count As Priors?

California’s DUI statute is different from other states, as California DUI requires volitional movement of a vehicle while some states only require that a defendant be merely in physical control in order to be convicted of a DUI or DWI. If the defendant’s prior DUI related offense was something that would not be considered a DUI in California, the defense may be able to challenge the prior out-of-state conviction.

When prosecutors are running a defendant’s rap sheet, they are able to see all DUI convictions regardless of when they occurred. The defendant may have DUI convictions that fall outside of the 10-year lookback period. The prosecutor would not be able to allege these as prior enhancements, however the prosecution would be aware of the prior offense and it typically would be taken into consideration. If convicted of the underlying DUI, the Court may impose additional penalties or requirements of probation, including community labor or community service, a longer alcohol education program or even jail.

If you or a loved one have been arrested for DUI and want more information regarding the effect an old DUI conviction would have, it is imperative that you discuss your situation with an experienced DUI attorney right away. As a former Deputy District Attorney with over 14 years of prosecutorial experience, Michael Kraut is a highly effective advocate who works hard to ensure his clients receive the most comprehensive defense possible.