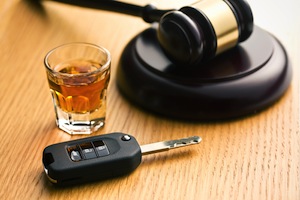 One of the most common criminal offenses charged by prosecutors in the Los Angeles area is driving under the influence. People of all ages, races and economic backgrounds are charged with DUI offenses in Los Angeles on a daily basis and this is a crime that cuts across a wide swath of society.

In recent years, law enforcement agencies throughout the Los Angeles area have increased DUI enforcement efforts. Officers receive specialized trained in investigating DUI offenses and on weekends and holidays there are often enhanced DUI patrols that are on the lookout for drivers who may be under the influence of alcohol or drugs. Officers and prosecutors will arrest and prosecute drivers for DUI offenses regardless of their age. The defendant’s age may affect how a DUI offense is treated and in some cases there may be age-specific issues that arise. The following describes some of the unique issues that demographic groups may face while dealing with a driving under the influence charge.

Drivers who are under the age of 21 may often face more severe punishments because these drivers are not old enough to legally drink in the first place. For drivers under the age of 21, the Department of Motor Vehicles will suspend driving privileges for a full year if their blood alcohol content was 0.01 percent or higher. Unlike those who are 21 or over, a person under 21 would lose his or her license for a full year if caught with any measurable amount of alcohol in his or her system. During the year suspension period, the driver would not be able to obtain a restricted license.

In addition, prosecutors and judges tend to be greatly concerned when drivers who are under 21 commit DUI offenses. If convicted, the judge may impose several conditions of probation in order to ensure the driver learns about the dangers of impaired driving. This will include a mandatory drug and alcohol education class but can also include the Hospital and Morgue program, in which the driver would tour local emergency rooms and morgues to see the firsthand effects of DUI accidents, and the MADD Victim Impact Panel, in which the driver would hear from people who have lost family members to drunk drivers.

Drivers in this age group may be the most “experienced” drinkers and often do not realize that they are too intoxicated to drive before getting behind the wheel. These drivers are often some of the most experienced drivers and it is often the case that drivers in this age group are not pulled over for a traffic or equipment violation, but instead are stopped while passing through a DUI sobriety checkpoint. These drivers may have trouble completing field sobriety tests or may be affected by medical issues that can affect the chemical testing process.

One of the fastest growing demographics of drivers who are charged with DUI offenses are those who are over the age of 60. These drivers may lawfully be taking medication that affects their ability to operate a motor vehicle safely. In addition, these drivers may have mixed alcohol and prescription medications before driving. These drivers sometimes suffer from physical disabilities that would affect their ability to pass the field sobriety tests and there may be other medical issues that affect the DUI arrest and testing process.

If you have been arrested for a DUI incident, it is crucial that you meet with a Los Angeles DUI Attorney as soon as possible. Attorney Michael Kraut is a former Deputy District Attorney with over 14 years of prosecutorial experience who possesses the skills and legal knowhow needed to effectively defend those charged with DUI offenses. Mr. Kraut works tirelessly on his clients’ behalf to ensure their rights are protected.