Can I Refuse to Take the Field Sobriety Tests? 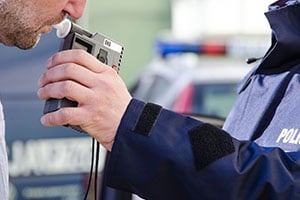 During the DUI investigation that is conducted when an officer suspects a driver of driving under the influence, the officer will often ask the driver to participate in a series of field sobriety tests. The officer may conduct several different approved tests designed to measure a driver’s balance, coordination and ability to remember and follow instructions. It is important to remember that these tests are voluntary and a driver can lawfully refuse to participate in field sobriety testing.

What Field Sobriety Tests are Performed

There are a number of different tests that the officer may ask the driver to perform. However, only three tests have been officially endorsed by the National Highway Traffic Safety Administration (“NHTSA”). These include the horizontal gaze nystagmus test, the walk and turn test and the one-leg-stand test.

The officer will perform the horizontal gaze nystagmus test by having the test subject follow a stationary object, such as pen, light or finger, with his or her eyes. The officer will be looking for certain involuntary eye movements that occur when the eye reaches certain angles. These involuntary movements are more pronounced in those under the influence of alcohol and start at when the eye reaches 45 degrees or earlier.

The walk and turn test involves having the test taker walk nine steps, heel-to-toe, along a fixed line and then turn around and walk back. The officer will be lookngi to see if the test subject can maintain his or her balance and position on the line and if he or she remembers to turn around and come back.

During the one-leg-stand test, the test subject is instructed to raise one foot and hold the position for thirty seconds. When the driver is under the influence of drugs or alcohol, he or she may be unable to maintain balance and may have difficulty keeping his or her foot in the air for the entire time.

What Tests Can Be Refused

A DUI suspect can lawfully refuse to take the field sobriety tests and there may be good reason to refuse testing. Many of these tests can be difficult to perform for people who are sober, especially for those who have balance issues or who suffer from injuries or medical conditions that would affect their balance and coordination.

The tests are not “pass/fail,” however the officer will note how a test subject performs on each individual test. These observations will be entered into the officer’s incident report and a driver’s poor performance on the field sobriety tests can be used in court as evidence of intoxication.

As part of field sobriety testing, the officer will often ask the driver to take a breath test on the officer’s portable preliminary alcohol sensor (“PAS) device. Unlike the breath or blood testing that is performed after a DUI arrest, this test is also voluntary for most drivers and can lawfully be refused. Drivers who are already on DUI probation or those who are under the age of 21 are not allowed to refuse the PAS test and must take this if requested by an officer.

Can Drivers Who Refuse the Field Sobriety Tests Still Be Arrested For DUI?

Field sobriety tests are just one part of the DUI investigation process. If the driver refuses testing, the officer can still arrest the driver on suspicion of DUI if there is probable cause to believe the driver is under the influence. This officer can rely on the presence of physical symptoms of intoxication, the driving conduct or other indicia of intoxication when making a DUI arrest.

If you have been arrested for DUI, it is critical that you speak with a top-rated DUI lawyer immediately. Michael Kraut is a former Deputy District Attorney with over 14 years of prosecutorial experience who understands how to effectively defend clients charged with DUI offenses.