What Initial Physical and Behavioral Symptoms do Police Officers Look for During a DUI Stop? 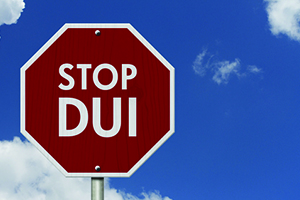 Once a driver has been pulled over, the officer conducting the traffic stop will be looking for certain physical and behavioral symptoms from the driver as soon the initial interaction begins. These initial observations are critical and often determine whether or not the officer expands the traffic stop to a full DUI investigation or gives the driver a citation or verbal warning. It is important to remember that an officer must have reasonable or probable cause to believe that the driver has committed a violation of the law in order to pull a vehicle over. It is only after an officer begins to suspect that the driver is intoxicated that a full DUI investigation may be conducted.

There are specific physical symptoms of alcohol consumption that an officer will be looking for during a traffic stop. The officer will be looking to see if the driver has bloodshot or watery eyes, a flushed face, slurred speech or an odor of alcohol. While these are all symptoms associated with alcohol consumption, there are other medical conditions that can also explain these types of symptoms. Additionally, if there are other people in the car who had been drinking, an odor of alcohol can fill the entire vehicle and it would be impossible to attribute it to any individual occupant.

The officer may also be looking for physical signs of drug use, such as dilated pupils, sweating, a coated tongue and even drug remnants on a driver’s skin or nostrils. If the driver is suspected of being under the influence of drugs, the officer may call a drug recognition expert officer (“DRE”) to assist in the investigation. These officers have received specific training in recognizing drug intoxication in suspects.

The officer will also pay close attention to how the driver acts and reacts during the initial encounter. If the driver slurs words, fails to respond timely or speaks nonsensically when talking to the officer, that officer may suspect the driver is under the influence and request that the driver participate in field sobriety testing or a breath test on the officer’s PAS device.

Drivers who act aggressively, lethargically or act as if they are impaired are often also singled out for expanded DUI investigations. In many cases where the officer’s vehicle is equipped with a dashcam device or the officer wears a body camera, the initial interaction will be recorded and the driver will have a chance to review this material when the case is filed in court.

Conversations with the Driver

The officer also pays close information to how the driver answers his or her questions. The officer will almost always ask if the driver has been drinking or taking drugs. Any statements made by the driver may provide probable cause to arrest the driver and can be used as evidence against the driver in court or with the DMV. Drivers should be very careful when communicating with officers during this initial interaction and should avoid making any incriminating statements. However, lying to the officer can also be detrimental to the driver. When asked about drinking, drivers can say “I have nothing to say regarding that,” or something similar.

If you or a loved one have been arrested in California for a DUI offense, it is crucial that you discuss your case with a knowledgeable criminal DUI attorney right away. As a former Deputy District Attorney with over 14 years of prosecutorial experience, Michael Kraut is highly respected for his extensive knowledge of DUI law and his unmatched litigation skills.