What is a DRE? 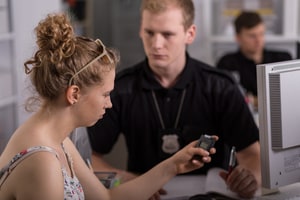 Traditionally, the vast majority of DUI offenses involved drivers under the influence of alcohol. However, with the decriminalization and legalization of marijuana as well as the increase in people on prescription medication, there has been a significant uptick in DUI drugs offenses in California. Law enforcement agencies have responded by training Drug Recognition Expert (“DRE”) officers who receive specialized training in recognizing the signs of drug intoxication in DUI suspects. As agencies increasingly rely on DRE officers, it is important to understand how these officers are trained and what they do on a day to day basis.

The Los Angeles Police Department started the DRE program in the early 1970’s after officers noted that an increasing number of people arrested for DUI had very low or no alcohol in their system. The officers believed that these suspects were under the influence of drugs but had no hard evidence to support this suspicion. Two LAPD sergeants worked with experts in the fields of medicine, psychology and toxicology to develop a procedure to test for drug impairment. The LAPD recognized the program in 1979. This has since been recognized nationally and law enforcement agencies throughout the nation train DRE officers in use of the DRE protocol.

DRE Officers and the DUI Investigation

When a driving is stopped as part of a DUI investigation, the officer may form the opinion that the driver is under the influence based on physical observations and interaction with the driver. The driver may be asked to provide a breath sample on the officer’s portable preliminary alcohol sensor (“PAS”) device. If the driver is under the influence of drugs, the breath test would show a BAC of zero and there is currently no approved breath test to measure for drug intoxication, although law enforcement agencies are beginning to adopt mouth swab tests that can test for the presence of narcotics.

The officer involved in the DUI stop may request that a trained DRE officer come to assist in the DUI investigation. DRE officers receiving training in conducting the 12 step DRE Drug Impairment Protocol designed to measure if a driver is under the influence of drugs. The protocol involves specific field sobriety tests designed to measure for drug intoxication as well physical tests that measure the suspect’s pulse and pupil dilation.

Once a driver is arrested on suspicion of driving under the influence of drugs, he or she will be asked to submit to chemical testing. There is no breath test that can measure for the presence or amount of drugs in a person’s system, so the driver would have to submit to a blood test. The results of the blood test are not immediately known and the driver typically will not find out the results until his or her arraignment, when the defense is provided a copy of the incident reports and blood test results. The blood test results will show the whether there were any positive results for several types of drugs, including cannabis, cocaine, methamphetamine, opioids and other intoxicating substances. The DRE In Court

The DRE officer involved in the DUI drug investigation would be called to testify if the case goes to trial. The DRE would testify to his or her training and experience and the tests conducted on the defendant. The defense would be given an opportunity to cross examine the officer in order to challenge their observations. The defense may be able to show how a driver’s medical condition or other factor contributed to the physical symptoms that may have been misinterpreted as indicia of drug intoxication.

If you or a loved one have been involved in a DUI drug offense, it is imperative that you speak with an experienced DUI lawyer right away. Michael Kraut is a former Deputy District Attorney with over 14 years of prosecutorial experience who knows how to effectively fight DUI drug cases on behalf of his clients.