California law increases the punishment if you are driving under the influence of alcohol or drugs and cause an accident resulting in an injury to a person. California Vehicle Code Section 23153(a) raises a simple misdemeanor DUI into a felony DUI if there is an injury that occurs to a person which is caused by the use of alcohol or drugs. Los Angeles DUI prosecutors tend to file all DUIs occurring in the County of Los Angeles as felonies if there are any injuries at all, no matter how slight, to the victim.

If you drive with a blood alcohol content of .08%, or higher, and violate the law causing an injury to a person then the California Vehicle Code Section 23153(b) states this is a felony offense and you can be sent to prison for this crime. The punishment is severe and may result in a prison sentence, restitution to the victim, increased insurance costs, and significant court fines, loss of professional licenses, loss of a job, as well as other serious consequences.

While the punishment is severe, there are defenses to these crimes and a Los Angeles DUI attorney who specializes in these offenses will be able to counsel you on the various facts that negate these crimes.

For example, merely driving under the influence of a motor vehicle in which someone is injured does not necessarily mean that you are guilty of the offense and will be convicted of a felony. The prosecution must prove that you were driving under the influence of alcohol with a BAC of .08% or higher and you violated a traffic law or acted with civil negligence and that act was the cause of the accident that resulted in the injury.

Therefore, if you were intoxicated or drunk driving, but you were not violating any traffic laws and the other party was at fault for causing the accident, then you may be guilty of the misdemeanor DUI but not the more serious felony of DUI causing injury.

The penalty for "DUI with injury" depends on the number of persons injured, as well as the extent of their injury. The court will impose an additional year of confinement for each person that is injured. However, if the person is seriously injured as a result of the DUI, then the prosecutor will file an enhancement for "great bodily injury." 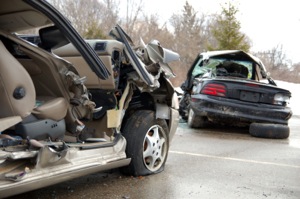 If the person has great bodily injury then an additional 3 years will be added to the time of imprisonment. If the injured person becomes comatose, then an additional 5 years of imprisonment will be added to the felony DUI. A person could be sentenced to 8 years in prison for their first time DUI of there is a serious injury. More severe penalties will result of another person is killed at the time of the DUI.

A DUI and a DUI with injury will increase future penalties if you are charged and convicted in the future. For that reason, it is important to hire a Southern California DUI attorney to aggressively fight your DUI.

If you have been arrested or charged with a DUI offense in the Los Angeles or Southern California area, call Michael Kraut. Mr. Kraut understands the serious nature of this offense, how best to defend you, and how to resolve your case without you going to jail. Mr. Kraut has extensive knowledge of the law and the legal system. He has developed excellent relationships with law enforcement and law officials throughout the Los Angeles and Southern California.