California law allows someone to be charged and convicted of vehicular manslaughter when the driver of a motor vehicle causes an accident by violating a traffic law, or by being negligent, or gross negligence, and another person dies as a result. It does not matter whether the driver is DUI or not. If you have arrested for a DUI and someone has died, then you need to immediately call Michael Kraut of the Kraut Law Group. The sooner you call Mr. Kraut, the sooner he will be able to bring his team of professional investigators to work at attacking the prosecutions case and evidence. Too often when a person dies in an auto accident, law enforcement jumps the gun and filed heavy handed charges to get you to plead to a state prison case. More often then not, there is substantial amounts of evidence that the police have missed which could be used to exonerate you form these charges.

However, if alcohol is involved, the prosecution may charge the drinking party with vehicular manslaughter. The prosecutor will rely upon the reports of the police and other investigatory agencies in determining what charges to file. Because these charges are often hastily filed or the police focus their attention on the person who is driving under the influence of alcohol or drugs, it is important that a well qualified DUI attorney immediately be hired if you, or a loved one, is being charged with his offense. A DUI attorney who has a specialty in homicide cases will be able to bring in experts to conduct accident reconstruction, review and counter toxicology reports, and locate witnesses and document their statements as soon as possible. Any delay can result in a loss of evidence which could exonerate the charged party.

There are several charges in which the prosecution may charge a DUI suspect in which a person dies as a result. Gross vehicular manslaughter is one of the most serious charges that someone who is driving under the influence of alcohol or drugs can face. This crime is charged when the driver of a motor vehicular drives in reckless manner that is significantly more then ordinary negligence, and a person is killed. The penalty that a judge can impose is anywhere from probation to ten years of state prison for each person who is killed.

In order for the prosecution to prove this crime the following must be proved: 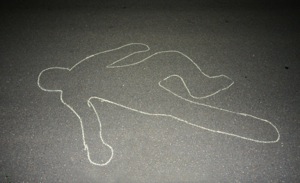 The prosecution must state the misdemeanor, infraction or other lawful act that they are using as the basis of the charge.

The definition of Gross negligence involves more than ordinary carelessness, inattention, or mistake in judgment. A person acts with gross negligence when:

In other words, a person acts with gross negligence when the way he or she acts is so different from the way an ordinarily careful person would act in the same situation that his or her act amounts to disregard for human life or indifference to the consequences of that act.

Great bodily injury means a serious physical injury. It is an injury must be more then just minor or moderate in nature.

A person can die as a result of more then one action or cause. However, the court will only find that the person caused the death if their action was a substantial factor in causing the death. That means it must be more then just minor or trivial.

If you have been arrested or charged with a DUI offense in which someone has died in the Los Angeles or Southern California area, call Michael Kraut. Mr. Kraut understands the serious nature of this offense, how best to defend you, and how to resolve your case without you going to jail. Mr. Kraut has extensive knowledge of the law and the legal system. He has developed excellent relationships with law enforcement and law officials throughout the Los Angeles and Southern California.