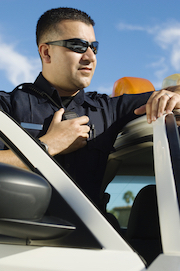 Recently, law enforcement agencies have started to equip individual officers with body cameras that record interactions with the public during criminal investigations. In many driving under the influence cases, the arresting officer will have a body camera and there will be footage available to the defense as part of the DUI discovery process. While body cameras are still very new, this footage may prove to be valuable in mounting a successful defense in a DUI case.

Body cameras on police officers are a relatively new development in policing and the Los Angeles Police Department is one of the largest agencies nationwide to implement these cameras. There have been concerns voiced by both law enforcement representatives that these cameras hinder an officer’s ability to do his or her job as well as from civil rights advocates who believe these cameras constitute a major privacy violation. The body camera is located on an officer’s chest and is activated by the officer whenever he or she begins an interaction with a member of the public. This footage would be placed into evidence. The footage would not be part of the initial discovery package provided to the defense but would be made available to defense counsel upon a discovery request. If the prosecution does not provide the requested material right away, the defense may have to file a formal discovery motion in order to obtain the body camera footage.

In the context of DUI cases, the body camera footage may prove to be very valuable to the defense. In the past, an officer would describe his or her account of an interaction in an incident report. Judges and juries tend to believe officers and it can be difficult to contradict what is written in an officer’s report without independent evidence. With body cameras, an officer’s description of a suspect’s physical appearance or performance during field sobriety testing can now be independently verified by watching the video footage.

In a typical DUI incident report, the officer will describe pulling a driver over and immediately noticing physical symptoms of intoxication such as slurred speech, an odor of alcohol and bloodshot and watery eyes when interacting with the driver. While a body camera would not be able to record an odor of alcohol, these cameras may be able to show whether or not the officer’s description of the driver’s symptoms of intoxication are truly visible. There are often cases where a driver is accused of slurring his or her speech but recordings later show that the driver was speaking clearly.

In addition, an officer who suspects that a driver may be intoxicated will request that the driver participate in a series of field sobriety tests designed to measure whether or not a driver is impaired. In a typical DUI incident report, the arresting officer will often describe the driver’s performance on these tests as being very poor. There was no way to verify the officer’s assessment of these tests in the past. Even where the tests were caught on a patrol vehicle dash cam video, usually the action was so far away that it would not be possible to determine how a driver was performing on a particular test. With body cameras, there is now more objective evidence regarding a driver’s performance on field sobriety testing. Even the horizontal gaze nystagmus test, which requires attention to minute movements in the eye while at certain angles, can be challenged by introducing body camera footage.

While body camera footage may be very helpful to DUI defendants in many cases, this evidence may also prove to be extremely strong for the prosecutor as well. The video evidence may prove that the defendant appeared extremely intoxicated and performed poorly on the field sobriety tests. The footage may also protect the police from accusations that they acted improperly during the arrest and investigation process.

If you have been arrested for a DUI offense, it is imperative that you discuss your case with a Los Angeles DUI Lawyer as soon as possible. As a former Deputy District Attorney with over 14 years of prosecutorial experience, Los Angeles DUI Attorney Michael Kraut understands how to effectively use evidence from many different sources in order to aid his clients’ defense.