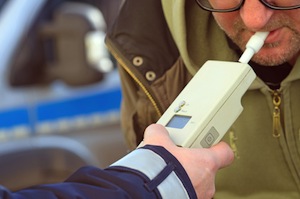 One of the most critical phases of the Los Angeles DUI process is the DUI investigation, during which law enforcement officers gather the evidence necessary to show that the driver is guilty of a DUI offense. What occurs during the DUI investigation process will have a major impact on what ultimately happens to the driver if he or she is charged criminally.

A DUI investigation typically starts when a driver is pulled over for committing a violation of the traffic code or other law. Contrary to popular belief, police cannot pull drivers over simply because they suspect they may be drunk. The officer must have reasonable suspicion that the driver has violated the law in order to pull the vehicle over. Usually, the justification for stopping the driver will be an observed violation of the law, such as speeding, failure to maintain one’s lane in traffic or an equipment violation.

If the officer suspects that the driver may be drinking, he or she will ask the driver to step outside of the vehicle and participate in a series of field sobriety tests. The driver is not required to participate in field sobriety testing and in many cases these tests are designed to provide evidence of the driver’s intoxication that can be used against him or her in court. The officer will perform a variety of tests, including the horizontal gaze nystagmus test, the walk the line test, the one leg stand test, the Rhomberg test, the finger to nose test and various other tests designed to measure a driver’s coordination, dexterity and ability to follow instructions. The officer will make observations about the driver’s performance on the field sobriety tests that will go into the officer’s incident report.

The officer will usually ask the driver to provide a breath sample on his or her portable preliminary alcohol sensor (“PAS”) device. This device is a portable Breathalyzer which provides an indication of the driver’s blood alcohol concentration. Like the field sobriety tests, the PAS is not required for most drivers. Drivers who are under the age of 21 or those who are already on probation for a DUI offense are required to take a PAS test when requested by an officer. However, all other drivers can lawfully refuse this test. Officers will often not tell drivers that they do not have to take a PAS test.

If the driver is suspected of being under the influence of drugs, the officer may call a Drug Recognition Expert (“DRE”) officer to the scene to evaluate the driver. These DRE officers have received special training in recognizing drug intoxication and are often called in to assist in DUI stops.

If the officer has probable cause to believe that the driver is under the influence of drugs and/or alcohol, the driver will be arrested. The driver will then be taken to either the police station or the hospital for what is usually the final phase of the DUI investigation, which requires that the driver submit to chemical testing. The driver will be given the option of providing either a breath or blood sample. Unlike the PAS test, this post-arrest chemical test is mandatory and drivers who refuse will face a yearlong driver’s license suspension and can still be charged criminally with DUI with a refusal allegation.

If you have been arrested for DUI, it is critical that you meet with a Los Angeles DUI Attorney right away. Lawyer Michael Kraut is a former Deputy District Attorney with over 14 years of prosecutorial experience who knows how to effectively defend those charged with DUI offenses.