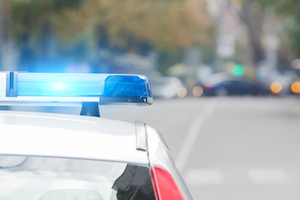 In many driving under the influence cases, the defendant will be able to obtain the dash cam video footage recorded by the patrol vehicle that pulled the defendant’s vehicle over. This is usually provided as part of the DUI discovery process. Dash cams are video surveillance units that are mounted on a vehicle’s dashboard and record everything in front of the vehicle. This video evidence can be critical to the defense and may show problems with the vehicle stop and arrest that otherwise would not have been discovered. This video can also be used by the prosecution to show that a vehicle stop was valid or that the defendant clearly displayed objective symptoms of intoxication.

Before the use of dash cam videos in police vehicles, there was nothing to independently verify the veracity of a police officer’s account of what happened. However, an increasing number of law enforcement agencies began installing these cameras into their vehicles and this footage is later made available to defense counsel through the discovery process.

In California, an officer is not allowed to stop vehicles without reasonable suspicion that the vehicle has committed an unlawful act. This means that the officer must actually observe the driver commit a violation of the Vehicle Code or violate some other law before the officer can legally stop the vehicle. A vehicle stop cannot be based on a mere whim or idle curiosity that the officer may hold. If there was insufficient reasonable or probable cause to pull the vehicle over, the defendant can file a motion to suppress evidence pursuant to California Vehicle Code Section 1538.5 PC. If granted, all resulting evidence from the unlawful stop will be suppressed and in DUI cases, the matter will likely be dismissed because the prosecutor would be unable to proceed to trial.

When dash cam video footage is available, the defense may be able to show video evidence that the defendant’s driving conduct was legal and that there was no probable cause to pull the defendant over. Where there is no video available, it is much more difficult to make this argument. The judge would have to rely on the officer’s own recollection and his or her incident reports and there may not be any practical way to contradict the officer’s account. However, when the video evidence contradicts an officer’s written account or the video shows clearly legal driving conduct, the judge may grant the defendant’s motion to suppress.

Not all law enforcement agencies install and maintain dash cam recorders in their patrol vehicles. Notably, the Los Angeles Police Department and the Los Angeles County Sheriff’s Department, two of the largest law enforcement agencies in the country, do not equip their patrol vehicles with dash cam video recorders. However, many smaller cities and jurisdictions in the area do have dash cam recorders and make this video available to defendants as part of the DUI discovery process. The California Highway Patrol, which is responsible for more DUI arrests than any other agency in California, has embraced this technology and equips its vehicles with MVARS (Mobile Audio/Video Recording Systems) that record vehicle traffic stops.

Dash cam technology may differ slightly between the various law enforcement agencies using these devices. Most patrol vehicle dash cams are always running but only record 30 seconds prior to when an officer activates his or her flashing lights when conducting a traffic stop. This would theoretically preserve the driving conduct at issue; however this is not always the case. It is also important to remember that dash cam videos only are equipped in patrol cruisers and are not found in police motorcycles or bicycles. In most cases, the dash cam video is subject to a court protective order and can only be used by the defendant and his or her attorney in defending the case. The defendant would not be allowed to publish the video or use it for other purposes.

If you have been arrested for DUI, it is critical that you speak with a Los Angeles DUI Lawyer right away. Attorney Michael Kraut is a former Deputy District Attorney with over 14 years of prosecutorial experience who has successfully had DUI cases dismissed based on his analysis and presentation of dash cam video recordings.