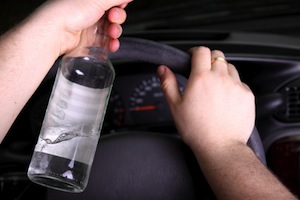 Driving by itself is a potentially deadly activity. Adding impairment and reckless conduct can lead to fatal consequences. Gross Vehicular Manslaughter While Intoxicated under California Penal Code Section 191.5(a) PC is a serious felony that can send a defendant to prison for an extensive period of time.

To prove that a defendant committed this offense, the prosecutor must establish that:

In other words, someone acts with Gross Negligence when the way he or she acts is so different from the way an ordinarily careful person would act in the same situation that his or her act amounts to disregard for human life or indifference to the consequences of that act.

The combination of driving while under the influence and violating a traffic law is not enough by itself to establish Gross Negligence.

After a night of drinking, a man gets into his car, gets on the freeway in the wrong direction and increases his speed to 90 mph. He is involved in a collision that he survives but the other party does not. This man's driving conduct would be considered Grossly Negligent and he could be prosecuted under California Penal Code Section 191.5(a) PC.

If the man, also under the influence, was driving the speed limit, but ran a red light in a moment of distraction and caused a fatal collision, that man probably would not be guilty of Gross Vehicular Manslaughter While Intoxicated, as his negligence was most likely "ordinary negligence" and not "gross negligence." He would most likely be prosecuted for Vehicular Manslaughter While Intoxicated under California Penal Code Section 191.5(b) PC.

If the conduct in question was not "grossly negligent" and instead could be considered ordinary negligence, then charges under California Penal Code Section 191.5(a) PC would be inapplicable.

Additionally, if there was insufficient evidence of impairment or intoxication, or if the collision was caused by something else, the defendant would have a strong defense to this charge.

Gross Vehicular Manslaughter While Intoxicated is a felony-level offense that is punishable by up to ten years in prison, in addition to court fines and restitution to the victim's family.

For a defendant who has two or more prior DUI convictions, the prison sentence can be 15 years to life. If there are surviving victims who suffered great bodily injury, an additional three to six years in prison can be tacked on to any sentence.

Gross Vehicular Manslaughter While Intoxicated is considered a "strike" offense under California's Three Strikes laws and can be used to enhance the penalties for any future convictions.

If you or someone you know have been charged with Gross Vehicular Manslaughter While Intoxicated, it is imperative that you consult with an effective Los Angeles Criminal Defense Attorney immediately. As a former Deputy District Attorney with over 14 years of prosecutorial experience, Los Angeles Criminal Defense Attorney Michael Kraut is adept at handling charges of this nature. Mr. Kraut has established key relationships within prosecutorial and law enforcement agencies and is highly respected as a fierce defender of his clients' rights. For more information about Gross Vehicular Manslaughter While Intoxicated charges, and to schedule your free consultation, contact Los Angeles Criminal Defense Attorney Michael Kraut at the Kraut Law Group located at 6255 Sunset Boulevard, Suite 1520, Los Angeles, CA 90028. Mr. Kraut can be reached 24/7 at 888-334-6344 or 323-464-6453.