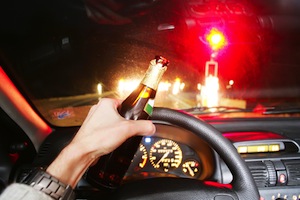 There may be DUI manslaughter incidents in which the driving conduct involved does not rise to the level of “gross negligence.” California state law recognizes this distinction in the statute covering Vehicular Manslaughter While Intoxicated - Ordinary Negligence under California Penal Code Section 191.5(b) PC. While the punishment is less severe for these incidents than it would be for gross vehicular manslaughter while intoxicated incidents under California Penal Code Section 191.5(a) PC, this is still a very serious felony offense that carries harsh penalties.

In order to prove that a defendant committed vehicular manslaughter while intoxicated with ordinary (as opposed to gross) negligence, a prosecutor must establish the following elements:

The difference between this offense and gross vehicular manslaughter while intoxicated under California Penal Code Section 191.5(a) PC is the degree of negligence required. Ordinary negligence is the failure to use reasonable care to prevent reasonably foreseeable harm to oneself or someone else. A person is negligent if he or she does something that a reasonably careful person would not do in the same situation.

After drinking alcohol a man gets into his car and proceeds to drive home. He maintains the speed limit and does not drive in a reckless fashion. The man becomes momentarily distracted and drives through a red light. When he does this he collides with another vehicle and kills the other driver. This man would probably be charged with vehicular manslaughter while intoxicated with ordinary negligence under California Penal Code Section 191.5(b) PC, as his driving conduct did not rise to level of "gross negligence."

However, if the man in the same scenario was speeding, aggressively switching lanes and driving in a reckless manner when the fatal accident occurred, he would likely be charged with gross vehicular manslaughter while intoxicated under California Penal Code Section 191.5(a) PC.

If the defendant driver did not cause the collision and resulting death, he or she would not be guilty of vehicular manslaughter. This might apply in a situation in which a drunk driver is driving safely and obeying all traffic laws when another driver quickly pulls in front of them and brakes suddenly. If the driver rear-ends this other vehicle which then kills the driver, this driver is arguably not criminally liable for vehicular manslaughter because he was not responsible for the negligent act or omission that caused the death.

Vehicular manslaughter while intoxicated with ordinary negligence is a "wobbler" offense that may be charged as either a felony or a misdemeanor. Prosecutors review factors such as the criminal history of the driver and factual circumstances regarding the incident when deciding whether to file as a felony or misdemeanor.

If charged as a felony, the maximum sentence is four years in prison and a $10,000 fine in addition to restitution to the victim's family. If any surviving victims suffered great bodily injury, an additional six years in prison can be added on top of the original sentence.

If charged as a misdemeanor, penalties can include up to a year in jail, victim restitution, expensive fines, alcohol counseling and classes, and community labor or service.

If you or someone you know have been charged with vehicular manslaughter while intoxicated with ordinary negligence, it is critical that you meet with an effective Los Angeles Criminal Defense Attorney immediately. As a former Deputy District Attorney with over 14 years of prosecutorial experience, Los Angeles Criminal Defense Attorney Michael Kraut is highly capable of handling charges of this nature. Mr. Kraut has established relationships within prosecutorial and law enforcement agencies and is highly regarded as a knowledgeable and skilled litigator. Mr. Kraut has represented friends and family of judges and law enforcement for these offenses.

For more information about vehicular manslaughter while intoxicated charges, and to schedule your free consultation, contact Los Angeles Criminal Defense Attorney Michael Kraut at the Kraut Law Group located at 6255 Sunset Boulevard, Suite 1520, Los Angeles, CA 90028. Mr. Kraut can be reached 24/7 at 888-334-6344 or 323-464-6453.