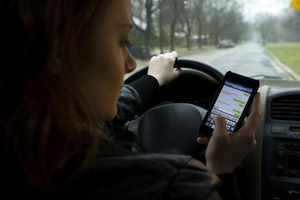 Someone acts with wanton disregard for safety when he or she is aware that his or her actions present a substantial and unjustifiable risk of harm and then intentionally ignores that risk. The driver does not have to intend to cause damage. Driving over the posted speed limit is not enough by itself to establish that a defendant drove with wanton disregard for safety, however it can be a factor in any determination.

A man is charged with DUI in Los Angeles after he was stopped for an equipment violation and was found to have a blood-alcohol content of exactly 0.08 percent. Although the man is initially charged with driving under the influence of alcohol under California Vehicle Code Section 231052(a) VC and California Vehicle Code Section 23152(b) VC, the prosecutor handling the case recognizes that there may be problems proving the case and also notes that the man's driving conduct was not at issue. As a result, the prosecutor agrees to allow the man to plead to dry reckless under California Vehicle Code Section 23103 VC. Even though the man's driving conduct was not blatantly reckless, pleading to this reduced charge prevents a DUI conviction.

In another example, an officer observes a woman driving at a high rate of speed and aggressively weaving in and out of traffic, while on a cell phone the entire time. While this woman would most likely be cited for the various infractions, she could also be charged criminally with reckless driving as a misdemeanor under California Vehicle Code Section 23103 VC.

In most cases, dry reckless charges are offered to defendants charged with Los Angeles DUI offenses where a reduction of charges is appropriate. This may be because of an evidentiary issue or due to some other factor that would support reduction of charges. Dry reckless charges are almost exclusively offered to DUI offenders whose BAC was at or very near the legal limit, which is 0.08 percent.

In cases where the defendant is charged with reckless driving independent of any DUI claim, the prosecutor must be able to establish a wanton disregard for the safety of others (or property). If the defendant's conduct did not rise to this level, he or she would not be liable for reckless driving as a misdemeanor (but could still be cited for the various traffic violations as infractions).

If you have been charged with a Los Angeles DUI offense, it is critical that you speak with an effective Los Angeles DUI Attorney right away. The early involvement of an experienced DUI attorney may help in ultimately getting a charge dismissed or significantly reduced. Los Angeles DUI Attorney Michael Kraut is a former Deputy District Attorney who is highly respected by prosecutors and law enforcement alike. Mr. Kraut works hard to ensure his clients receive the best defense possible.