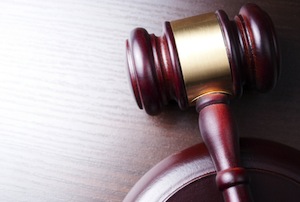 Being charged with a criminal offense in Los Angeles can be an extremely traumatic experience, especially for those who have no prior experience with or knowledge of the criminal justice system. Those who find themselves in this situation may have numerous questions, including what type of crime they have been charged with. In California, there are three levels of criminal offenses: felonies, misdemeanors and infractions. Usually, a citation will include either an “f,” “m” or “i” to designate the appropriate level of the charge. Felonies are the most serious criminal offenses and infractions are comparable to tickets for minor offenses. This article covers misdemeanor level crimes and how they are handled by Los Angeles prosecutors and courts.

A misdemeanor is considered to be a crime that is less serious than a felony and does not carry a potential prison sentence. Someone who is convicted of a misdemeanor can be sentenced to county jail and is typically put on probation for a period of three to five years.

In addition, many crimes are classified as “wobblers” that can be charged as either felonies or misdemeanors. When making a filing decision, prosecutors will consider the facts of the case and the defendant’s criminal record, if any. If a “wobbler” is filed as a misdemeanor, it is punishable by up to a year in jail and a fine of up to $1,000.

Someone who is convicted of a misdemeanor level offense is typically placed on probation and may be subject to a number of conditions imposed by the sentencing judge. This can include jail time, expensive court fines, community service or community labor, mandatory counseling sessions or education classes, mandatory AA or NA sessions and victim restitution to compensate victims for any damages incurred.

Certain misdemeanor convictions may trigger other mandatory requirements. For example, a person who is convicted of indecent exposure under California Penal Code Section 314 PC would be required to register as a sex offender for life, even if the conviction is eventually expunged. In addition, those who are convicted of certain domestic violence or weapons offense will lose those their ability to own, purchase or possess firearms.

If you have been charged with a misdemeanor offense, it is very important that you consult with a Los Angeles Criminal Defense Lawyer as soon as possible. Los Angeles Criminal Defense Attorney Michael Kraut is a former Deputy District Attorney with over 14 years of prosecutorial experience who knows how to effectively defend those who are charged with misdemeanors. Mr. Kraut is highly respected by judges, prosecutors and law enforcement as a tough litigator who fights hard on behalf of his clients.