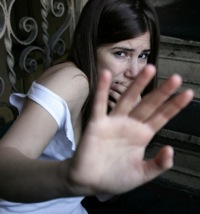 The laws concerning domestic violence have changed significantly, and you must be able to protect your rights through the use of a Los Angeles domestic violence attorney. Domestic situations are never simple, and often times there are real questions of fact. The police do not have the resources at the time of the incident to figure out who is right or wrong, and almost always someone is going to be hauled off to jail.

Minor arguments and a slight physical touching are enough for the police and the prosecutor to charge you with a crime. Politicians have been pressured into believing that all incidents of domestic violence are brutal beatings and will result in a murder. That is not the truth. In most cases, tempers flare or alcohol is involved, and even without police intervention things would have worked themselves out. Sometimes, people lie to the police to get a significant other in trouble. And sometimes the police over exaggerate in their reports what was said or happened.

In 14 years of criminal law experience, many of the cases I saw involved mutual combat. When the police arrive on the scene, someone is going to jail. There are valid justifications or excuses for many of the actions that occur in a domestic situation. An experienced domestic violence attorney in Los Angeles will be able to listen to the facts that you present and will be able to assist you in making sure that your rights and interests are protected. Often, things happen in the heat of passion that at the time, look to be dangerous. But, upon closer evaluation, the two people truly love each other and wish to put this event behind them. The problem is that once the charges are filed, the victim may not dismiss the charges, and the case will often times proceed even if the victim does not want to prosecute.

Domestic Violence as a Felony or Misdemeanor

If the victim sustains great bodily injury, then this crime is a “strike” under California’s “Three Strikes” Law. A conviction then will be used to enhance future penalties in the future.

The past history of the participants will significantly impact the prosecutor's decision on whether to file a felony or a misdemeanor. If you are convicted of a felony domestic violence charge, the court may impose significant jail time. In addition, restitution, fines and a counseling class will be ordered. In some cases, the court may issue a restraining order, which prohibits you from having any contact with the victim. Contact also includes indirect contact by friends or others who call the victim on your behalf.

An experienced Los Angeles domestic violence lawyer, that has significant prior experience as a senior District Attorney, can significantly increase the odds of a favorable resolution in these types of charges. In a more serious incident, an attorney may be able to provide facts to the police and prosecutor that may result in the charges being lowered from a felony to a misdemeanor. For less serious incidents that are charged as misdemeanors, a Los Angeles domestic violence attorney can work at keeping you out of jail or having the charges reduced to a simple misdemeanor, an infraction of disturbing the peace, or having the charges dismissed altogether.

Below are listed some of the charges and you may face and their corresponding Penal Code Sections and definitions:

If you have been accused of a domestic violence crime in Los Angeles, Riverside, San Bernardino, or Orange County, it is important that you seek the services of Los Angeles domestic violence lawyer with extensive experience. If you have just had an argument and the police were called or are under investigation for this offense in the Los Angeles or Southern California area, call Michael Kraut. Mr. Kraut understands the serious nature of this offense, how best to defend you, and how to resolve your case without you going to jail. Our Los Angeles domestic violence attorney has extensive knowledge of the law and the legal system. He has developed excellent relationships with law enforcement and law officials throughout the Los Angeles and Southern California areas.