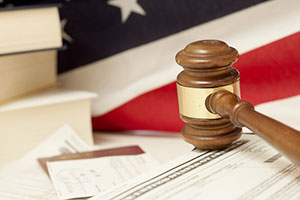 Whenever a noncitizen ends up in custody, the Department of Homeland Security (DHS) is notified and an immigration hold can be placed on the noncitizen which will prevent them from being released from custody. This hold tells the jail to not release the noncitizen even at the end of the noncitizen’s custody sentence. Instead, DHS will place the noncitizen in federal custody once the term of imprisonment is completed and removal proceedings will begin. This is why it is important for noncitizens to contact a skilled criminal defense attorney if they suspect they might be arrested, detained, or accused of a domestic violence offense.

In 2016, the Board of Immigration Appeals (BIA) unambiguously concluded that even a single misdemeanor domestic violence conviction will make a noncitizen removable from the United States under Section 237 of the Immigration and Nationality Act. This means that even a conviction of a misdemeanor domestic violence offense can make noncitizens face removal proceedings. Therefore, those charged with domestic violence should know that deportation is a real possibility even if they are not imprisoned for a year or longer. Besides being deported, noncitizens should know that a conviction may also lead to them being denied any other forms of immigration relief should they try to apply.

Due to the serious collateral consequences that noncitizens accused of domestic violence face, it is extremely important if you or a loved one has been arrested or charged with a domestic violence offense that you meet and discuss your case with an experienced criminal defense attorney as soon as possible. As a former Deputy District Attorney with over 14 years of prosecutorial experience, Michael Kraut understands how to effectively defend clients charged with domestic violence. In many cases, Mr. Kraut’s early intervention has led to charges being rejected or significantly reduced.