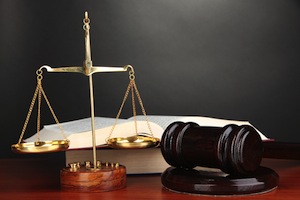 After a defendant has been convicted of a felony or misdemeanor offense, the Court will sentence the defendant. Sentencing may occur at the time the defendant pleads guilty or no contest or following a guilty verdict being returned by the jury or judge after a trial. Sentencing may occur immediately after the conviction has been entered or it may be set for a later date. Both the prosecution and defense are given an opportunity to present arguments about what the defendant’s sentence should or should not require and in some the cases the Court may hold a full hearing with witnesses testimony before imposing sentence.

Someone who has been convicted of a misdemeanor is entitled to be sentenced not less than six hours or more than five days after pleading guilty or no contest or being convicted. In most cases, the defendant will waive the time for sentencing. This would allow the Court to impose the agreed-upon sentence where there is a plea agreement and would avoid having another court date. In cases where the defendant is entering a diversion program, this waiver also allows the defendant to come back after a certain amount of time has lapsed to have his or her case dismissed if the terms of the diversion have been successfully completed.

The sentence that can be imposed for a particular crime is not arbitrary and the statute will control whatever minimum or maximum sentence may be imposed. In addition, there may be aggravating factors that would add mandatory sentencing provisions that the judge would be required to follow. When there is a plea agreement in place, the judge will almost always impose follow the sentence that the parties have agreed to. Contested sentencing hearings usually only occur when a defendant has been convicted at trial and the judge must determine what the appropriate sentence should be.

The judge will have to determine whether or not to place the defendant on probation or to simply impose jail or prison as an executed sentence. The judge will consider factors such as the defendant’s criminal history and the particular facts of the underlying case when deciding what sentence to impose. To ensure that a judge does not abuse his or her discretion when imposing the sentence, California law requires that the judge state the reason for whatever sentence is entered.

If you are facing criminal charges, it is imperative that you meet with a Los Angeles Criminal Defense Lawyer as soon as possible. As a former Deputy District Attorney with over 14 years of prosecutorial experience, Los Angeles Criminal Defense Attorney Michael Kraut knows how to effectively represent clients at each stage of the criminal process. The sentencing hearing is a defendant’s last opportunity to be heard and going into this hearing with skilled representation is critical.