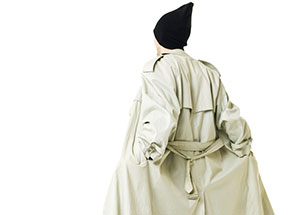 In California, it is a crime to expose one’s genitals to another person when the exposure is made with the intent of sexual gratification or to offend the other person. Most people know that this behavior is criminal, however many people are surprised to learn that a conviction for indecent exposure under California Penal Code Section 314 PC is considered a sex crime that can carry serious consequences, including lifetime sex offender registration.

To prove that a defendant is guilty of indecent exposure, a prosecutor must be able to establish the following elements:

After spending all day drinking at football game, a young man feels the need to urinate in a parking lot. While his penis is exposed, a family drives by him and observes him urinating. Even though the family may be offended, the man did not commit indecent exposure because he did not expose himself with the intent to sexually offend others or sexually gratify himself. However, he may be charged with creating a public nuisance under California Penal Code Section 270 PC.

Whether or not an exposure was conducted with sexual intent is something that may be open to interpretation. As a result, there may be circumstances in which a person accidently exposes his or her genitals without the required sexual intent to offend or arouse. When this is the case, the defendant would have a strong accident defense.

In most cases, indecent exposure is a misdemeanor offense that can be punished by up to six months in jail, extensive court fines, counseling and/or sex offender programming, and lifetime sex offender registration.

For those accused of aggravated indecent exposure that also includes entering a dwelling without consent, the offense is a “wobbler,” which can be prosecuted as either a felony or a misdemeanor. If convicted of the felony, the defendant can be sentenced to up to three years in prison. In addition, if the defendant has a prior conviction for indecent exposure, any subsequent charge is a felony that is punishable by up to three years in prison.

A conviction for indecent exposure can threaten professional licenses and may prevent those convicted from working in certain occupations.

Indecent exposure is a serious criminal offense that will trigger lifelong sex offender registration if convicted. As a result, if you or a loved one have been accused of this offense, it is critical that you speak with a Los Angeles Criminal Defense Attorney right away. Los Angeles Criminal Defense Attorney Michael Kraut is a former Deputy District Attorney with over 14 years of prosecutorial experience who understands how potentially devastating a conviction for indecent exposure can be. Mr. Kraut can often intervene before charges have been filed to help prevent prosecutors from filing this devastating charge. Mr. Kraut is a passionate and respected advocate who works hard for his clients charged with offenses of this nature.