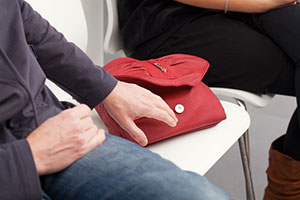 Most petty theft prosecutions involve allegations of shoplifting, which is considered petty theft by larceny. To prove a defendant committed this offense, the prosecutor must be able to establish the following elements:

The following theft offenses can also be charged under the petty theft statute, as long as the amount of property stolen does not exceed $950:

A man goes into a department store and selects several items of clothing. He goes into a dressing room and hides these items under his shirt. His activities are recorded on a surveillance camera. He does not leave the store, but is stopped by loss prevention officers as he starts to move towards an exit. As long as the value of the goods is less than $950, the man could be prosecuted for petty theft. The fact that he did not actually exit the store would not be relevant, as the statute only requires that he moves the property a small distance.

In another example, a woman at a large store selects several items. She pays for some items and leaves some to put back. She inadvertently walks out with a small item that she had forgotten she still had in her hands. This woman would not be criminally liable for petty theft because she did not intend to take the item, and the statute requires an intentional removal of property.

As described above, the crime of petty theft requires intent, therefore someone who inadvertently takes an item would have a valid accident defense if he or she is ever charged criminally. In addition, if the defendant honestly and reasonably believed the property in question belongs to them, or if the owner consented to its removal, there would be no criminal liability under the petty theft statute.

Petty theft is generally a misdemeanor offense that can carry a sentence of up to six months in jail, court fines, restitution and stay-away orders. Some prosecutorial agencies will reduce a petty theft charge to an infraction under California Penal Code Section 490.1 PC. Other prosecutors may even agree to allow a first-time petty theft defendant to complete a diversion program in order to avoid a criminal conviction. Someone with a prior petty theft conviction may be charged with petty theft with a prior pursuant to California Penal Code Section 666 PC. This offense is a "wobbler" that can be charged as either a felony or misdemeanor. If charged as a felony, the maximum sentence is three years in prison. Any conviction for petty theft would go on a person's criminal record and would be visible to future employers, landlords, or anyone else conducting a criminal background check.

If you or a loved one have been charged with petty theft, it is crucial that you speak with a Los Angeles Criminal Defense Attorney immediately. Los Angeles Criminal Defense Attorney Michael Kraut is a former Deputy District Attorney with over 14 years of prosecutorial experience who has extensive experience in defending people charged with petty theft. Mr. Kraut is highly respected as a tough and knowledgeable advocate and has established key relationships throughout the court system. In many cases, Mr. Kraut's early involvement and intervention in a case can make the difference as to whether or not criminal charges are filed.