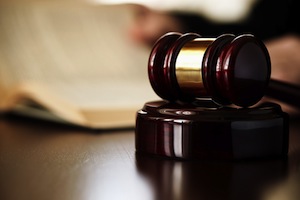 In California, there are a number of options available to individuals who are trying to clean up their criminal records. While many convictions can be expunged under California Penal Code Section 1203.4 PC, there is always a record of the arrest that may be available to law enforcement and other parties accessing the individual’s complete rap sheet.

There are instances where a defendant was arrested for a crime but was never convicted. This may be because charges were ultimately declined for criminal filing by a prosecutorial agency, because the charges were filed but dismissed or because the defendant went to trial and was acquitted. In these cases, the defendant can file what is known as a factual innocence motion under California Penal Code Section 851.8 PC. If successful, the defendant’s record will be sealed and destroyed. Unlike the relief available with an expungement, a person whose California Penal Code Section 851.8 PC motion is granted will have no indication that they were arrested and/or prosecuted for the underlying offense on their criminal record.

In many cases, a person may be arrested for a crime but the charge is ultimately dismissed or never filed. In these cases, the arrest may still remain on a person’s criminal record and may even show up as an unresolved case. Employers may discovery this during a background search and the existence of this arrest record could prove toxic to a person’s job prospects.

If the motion is granted, the arrest record will be sealed for a period of three years. During this time, the arrest could not be disclosed to any potential employer. After three years have passed, any record of the arrest would have to be destroyed. If asked on a job application whether or not the petitioner has ever been arrested, the petitioner can legally answer that he or she has not been arrested if the factual innocence motion was granted.

If you have an active arrest record that you want to have cleared, it is critical that you speak with a Los Angeles Criminal Defense Attorney immediately. Los Angeles Criminal Defense Lawyer Michael Kraut is a former Deputy District Attorney with over 14 years of prosecutorial experience who is highly skilled at litigating factual innocence motions on behalf of his clients.