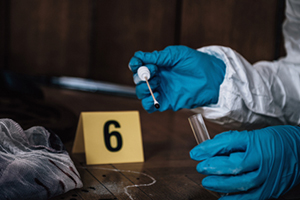 When legitimate questions arise about the validity of a forensic technique, it is easy for law enforcement to dig in its heels and defend the forensic method. However, whenever a practitioner refuses to acknowledge errors, scientific validity is lost. Nowhere is the danger of this thinking more evident than in the last fifty years of arson forensics.

The Troubling History of Arson Science

The crime of arson involves starting a fire to burn property that is not your own, or to burn your own property to create harm to another or receive a benefit, such as through insurance payouts. The scientific method involves starting with a guess or a hunch, and then running experiments to try to prove and disprove that guess. While fire and the scientific method are not necessarily mutually exclusive, there is great expense associated with quality fire experiments and simulations, and many agencies were not willing to burn down large structures just to study them.

Hunches and guesses became knowledge and rules throughout the 1970s and 80s, and those “rules” supported convictions well into the early twenty-first century. While it can be dangerous to conduct investigations with no scientific techniques, it is much worse to use techniques that masquerade as science, when they are in truth only convenient myths. There were many theories that were taught as tell-tale signs of arson, without any testing or proof.

Multiple black burn marks on the wall of a burned down home, spots blacker than the other burned walls, meant multiple ignition points, which meant arson, because a natural fire would have only one ignition point. A meandering dark burn spot down the middle of the floor meant that an accelerant, gasoline or lighter fluid, had flowed there. A lighter flow pattern could tell the same story, as the accelerant had burned off while the underlying floor had not yet ignited. A burn pattern under a metal doorjamb meant an accelerant had flowed under the door. Spalling is the appearance of pock marks and craters in hard building materials such as concrete. They are commonly found in the aftermath of a structure fire. Spalling was taught as a marker of arson.

Throughout the 1990s and into the 2000s there was greater willingness to create experiments involving structure fires. The Bureau of Alcohol, Tobacco, and Firearms developed better techniques to test theories on the behavior of explosives and fire, as such crimes fall under their federal jurisdiction. Both insurance companies and law enforcement agencies began burning down more structures full of different materials to see firsthand the patterns that fires leave behind.

And it turned out that in a room full of furniture, a fire with one ignition point will flare up as each couch and chair is consumed, leaving multiple distinct burn marks on the wall. Old dry carpet will burn differently where it is worn and where it is not, creating patterns that were previously described as “puddling,” and “pour patterns.” Buildings expected to smolder for half an hour would be engulfed in five minutes, without the presence of any accelerant. Spalling could occur due to any sudden and intense heat source, such as a fire in a building built largely of wood. The mere expansion of moisture in concrete could pock mark the concrete.

Arson forensics in Los Angeles are improving, but there is still some folklore that survives, particularly if investigators are not regularly trained in the most recent science. And scientific questions are emerging with the identification of hair follicles, bite marks, blood spatter patterns, and many other forensic techniques that are regularly admitted in Los Angeles courtrooms. Law enforcement predictably digs in its heels when questioned. It takes a bold and knowledgeable attorney to challenge pillars of forensic investigation.