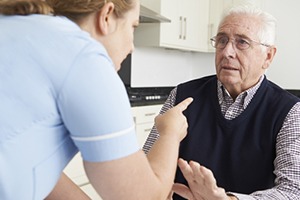 In recent years, elder abuse has become a more prevalent domestic violence offense as law enforcement agencies and prosecutors dedicate increased resources to investigating and prosecuting crimes targeting the elderly. Elder abuse is a “wobbler” offense under California Penal Code Section 368 PC. This means that the prosecutor can file either felony or misdemeanor charges against defendants accused of elder abuse.

The Elements of Elder Abuse

Elder abuse is generally categorized as either physical elder abuse or financial elder abuse. Both forms of abuse are illegal and can result in prosecution under California Penal Code Section 368 PC.

To prove physical elder abuse, the evidence must show that the defendant intentionally or with criminal negligence subjected a person 65 or older to unjustifiable pain or mental suffering and the conduct would have endangered the life or health of the elder. To prove financial elder abuse, the prosecution must show that the defendant was a caretaker for the victim or knew the victim was 65 or older and the defendant committed a financial crime, such as fraud, theft or embezzlement against the elder.

A charge of elder abuse may involve a course of conduct extending over years or it may be a single incident.

In many cases involving financial transactions, there may be significant issues regarding whether or not the senior involved was a victim of elder abuse. In many cases, elderly individuals may enter into financial arrangements or consent to certain activities and will later deny or will not remember providing consent. The prosecution may accuse the defendant of taking financial advantage of the victim’s age or infirmity. However, there may be situations where the defendant acted innocently when dealing with an elder and should not be held criminally liable.

In addition, as people age their bodies become more fragile and they are more susceptible to injury. An elderly person may suffer severe injuries even where very little physical force is involved. In these cases, a defendant may be able to argue that he or she is not guilty of elder abuse caused by physical harm or criminal negligence.

Penalties and Consequences for Elder Abuse

Elder abuse can be filed as either a felony or a misdemeanor. When making a filing decision, prosecutors will look at the extent of harm suffered by the victim or the amount of loss if the case involved fraud. If the defendant is charged with elder abuse as a felony, he or she can be sentenced to up to four years in prison. If the elder dies or suffers great bodily injury as a result of the defendant’s conduct, the judge can add on an additional three to five years in custody.

An elder abuse conviction can also carry collateral consequences that may affect a defendant for the rest of his or her life. The defendant would likely face disciplinary action, suspension or license revocation from state professional licensing agencies such as the Medical Board, the Nursing Board and the California State Bar. This type of conviction would appear on a defendant’s criminal record and would likely prevent them being considered for any caregiver position.

In addition to the criminal action, the elder or his or her caretaker can obtain an elder abuse restraining order against the defendant which would prevent any future contact with the elder.

If you or someone you know has been arrested for elder abuse or is under investigation for this type of offense, it is critical that you speak with an attorney experienced in elder law matters as soon as possible. Michael Kraut is a former Deputy District Attorney with over 14 years of prosecutorial experience who understands how to effectively defend clients who have been accused of elder abuse.