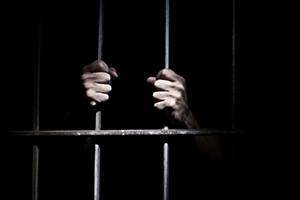 Difference Between Felonies and Misdemeanors

A felony is the most serious level of criminal offense in California. Those who are convicted of felonies can be sentenced to serve time in a California state prison facility. A person can be convicted of a felony and be placed on formal probation for a specific period time. The judge can impose up to a year in jail as a condition of the felony grant of probation. A felony conviction carries significant consequences, including the loss of voting rights, and having a felony conviction on one’s record may preclude people from being considered for many jobs and housing opportunities.

Misdemeanors are defined as crimes that are punishable by up to one year in county jail. Many people convicted of misdemeanor level offenses are placed on informal probation and may have to serve some time in jail as a condition of probation. Misdemeanors can also carry collateral consequences and will remain on a person’s record unless and until the conviction is expunged.

Certain felonies are considered “wobblers,” which can be charged as either felonies or misdemeanors. Prosecutors will consider the facts of the case and the defendant’s criminal record when determining what level of criminal charges to file. In some cases, the judge may reduce a felony to a misdemeanor under California Penal Code Section 17(b) PC when the offense is a wobbler.

In many domestic violence cases, the defendant will be arrested on suspicion of corporal injury to a spouse in violation of California Penal Code Section 273.5 PC, which is a wobbler offense. Prior to the defendant’s arraignment date, the detective assigned to the case and the filing Deputy District Attorney will review the case and decide what level of charges to file. Typically, a prosecutor will file felony charges when there are injuries or where the defendant has a history of domestic violence offenses on his or her criminal record. Punishments are often increased when the victim suffers serious bodily injury as a result of the defendant’s conduct.

The prosecutor may file charges of corporal injury to a spouse under California Penal Code Section 273.5 PC as either a felony or a misdemeanor. Alternatively, the prosecutor may charge the defendant with domestic battery in violation of California Penal Code Section 243(e) PC. Domestic battery is a misdemeanor and usually involves physical contact that does not involve any injury, such as when there is pushing and shoving between a husband and wife.

Domestic Violence as a Strike Offense

There may be cases where a domestic violence offense can be considered a strike under California’s Three Strikes Law. A conviction for a strike offense results in heightened sentences and can be used to enhance future convictions. One example of a strike offense is assault with a deadly weapon in violation of California Penal Code Section 245 PC.