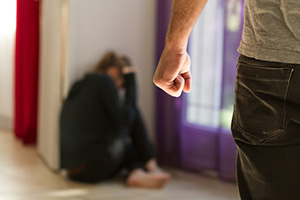 Many domestic violence arrests involve loving, committed couples who end up having a bad fight that escalates out of control. Even where the alleged victim does not want his or her partner to be arrested, most police agencies require that one or both parties in a domestic violence incident be arrested anytime there is a call for service. These arrests will often lead to a criminal filing in court.

Even so, it is difficult for a prosecutor to proceed at trial with an uncooperative victim. The witness may be unpredictable and may fail to show up to Court. The prosecutor will try to ensure that the named victim appears in Court by having this person subpoenaed to appear or ordered to appear by the judge. If the witness fails to appear, a warrant can be issued for his or her arrest. Prosecutors do not like to have their witnesses jailed, however they may be willing to do so if necessary.

If the named witness was not served, the prosecution may be unable to proceed at trial and the case may be dismissed. Previously, prosecutors could introduce the statements made to police by named victims without that person appearing court. However, the United States Supreme Court recently found that is practice violates the confrontation clause and now prosecutors are limited in what statements can be introduced.

Defendants should keep in mind that dissuading or discouraging a witness to testify is a criminal offense under California Penal Code Section 136.1 PC which can result in serious criminal penalties. In addition, judges typically will issue a criminal protective order at the time of arraignment preventing the defendant from having any contact with the victim. Violation of this order can result in new criminal charges.

Even where the prosecution has a cooperative witness, there may be problems proving the case. Many domestic violence cases involve mutual fighting between the parties and the defendant may be able to raise a valid self-defense claim. In addition, the named victim may have incentive to lie about the defendant’s conduct, especially when there are contentious child custody or divorce issues involved. In these cases, having the right criminal defense attorney can make all the difference.

If you or a loved one have been charged with domestic violence, it is crucial that you speak with an attorney experienced in handling these types of cases immediately. Michael Kraut is a former Deputy District Attorney with over 14 years of prosecutorial experience who understands the problems that prosecutors may face in proving a domestic violence case. Mr. Kraut works hard to ensure his clients receive the best defense possible.